When you were a teen, you might have scored a six-pack from an adult outside the liquor store. Or marijuana from peers. But that was probably it. 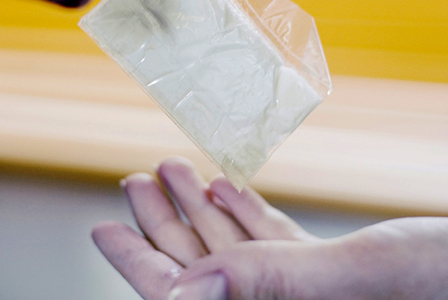 Is it really easier now for your teen to buy heroin than beer?

So, what do parents need to know? It’s a hard fact for parents of teens to hear, but heroin has become a relatively easy drug for teens to obtain — and become addicted to. Experts in the field of addiction say that parents need to know that heroin addiction among youth is a serious topic. In fact, a study done by the Centers for Disease Control and Prevention showed that 3 in 100 U.S. high school students have used heroin.

Gone is the seedy reputation that followed heroin during the ’60s and ’70s. Unfortunately, the heroin of today doesn’t stick to alleys behind bars in the shadiest part of town. It crosses all income lines, affects all types of families and is cheaper and easier to obtain than ever. “As headlines continue to share the devastation of heroin addiction and overdoses, parents are beginning to pay closer attention to the drug that for many years seemed outside the realm of concern for their teens,” shares Tammy Granger, Caron Treatment Center’s corporate director of student assistance programs. “Cory Monteith’s [Glee] death from last summer was another reminder that this is not a drug that discriminates, and it is important for parents to begin to understand the scope of prescription drug abuse and the connection to heroin addiction,” she adds.

What is the gateway to heroin use?

As parents, it’s hard to imagine the chain of events that leads a teen to using heroin, but experts in the field share that there is a definite pattern of drug use that usually leads straight to heroin. “Many people are getting their first exposure to opiates through prescription narcotic medications,” says Dr. David Sack, CEO of Promises Treatment Centers. “They develop a sense of safety around these medications even though they are highly lethal and account for most of the increase in overdose deaths.” Dr. Sack adds that of the steady increase in heroin addicts he has seen, in most cases the heroin addiction follows prescription drug addiction or abuse.

Since heroin can be snorted, injected or smoked — and has a significantly lower cost than prescription medications — it seems like a natural next step. “There is an increased concern related to heroin because teens are using prescription opioids, like OxyContin and Vicodin, at higher levels — and may be turning to heroin to get similar effects with less cost,” shares Granger. “There has been a steady increase in the number of deaths related to the overdose of heroin, and the connection between prescription drug addiction and heroin addiction should not be ignored,” she adds.

A dad shares his pain

Nobody wants to imagine a loved one being caught in the pull of heroin addiction. Dave Cooke certainly never expected his son to become addicted to heroin — even when he initially caught him smoking marijuana at the age of 13. “It concerned me but I didn’t think it was an indicator of worse to come,” Cooke shares. “When I learned he was taking oxycodone, that was a bigger concern. I really didn’t know what it was at the time, I just knew this was a different problem,” he remembers. “I was puzzled and confused as to where he got it or why he would use something like that.”

Did his son fall in with a “bad” crowd? His son’s friends were not your typical “rough crowd.” They all seemed to have regular home lives, at least on the surface. “His circle of friends were normal teenagers,” he says. “They played in band, hung out together and acted like normal high school kids for the most part. They all were polite, had nice parents and despite their teenage immaturities, they were typical of most of the other kids I had been exposed to. Addicts don’t look like ‘junkies’ or ‘druggies’ until they have a serious addiction,” Cooke adds. “Until then, they look and act like normal kids, just like my son.”

It wasn’t too long before Cooke’s son, Brandon, was on a downward spiral toward losing his life to heroin — and he was taking his father’s life down with his. Cooke had an epiphany during the holiday season of 2010, when he realized that he was fighting a losing battle. “That is when I realized I couldn’t do it for him anymore, I couldn’t want it bad enough for him to recover, and that he needed my love and my support, but not my enablement,” he shares on his website. A crazy, spur-of-the-moment decision to do something life changing for himself resulted in his new purpose going forward.

“The challenge I put in front of myself was ‘How can I be strong for him when he is present and receptive and even stronger for me when he is not?’ Then, I came up with this crazy, life changing idea,” he adds. He decided to ride his bicycle for one hour each day — and this is how 100 Pedals was started. Cooke now helps other parents who are dealing with drug-addicted children, and has also written the book Behind the Dumpster: A Story of a Son’s Addiction, a Father’s Love, and a Bike Ride.

What can parents do to stay on top of their teens without driving them away? “If a parent is concerned about their teen’s use of prescription or illicit drugs, professional intervention is highly recommended,” says Granger, who offers these warning signs that your teen might be dealing with substance abuse issues.

Observable behaviors or signs of concern:

“Teens who are suffering from a drug addiction are one of the most difficult populations to address clinically,” she adds. They also require special care and professional treatment that addresses their particular physical, mental, emotional and spiritual development levels.”

If you discover that your child is using prescription drugs, act quickly and get them into treatment, before they potentially move on to heroin. For more information, visit Caron Treatment Centers, Promises Treatment Centers or 100Pedals.com.

More about teens and substance abuse

Modern-day teen addictions
Popularity of inhaling nitrous oxide is a dangerous trend
Is your teen drinking?