You’ve shaken your head at some of the more “out there” baby names some celebrities come up with. This begs the question — should outrageous baby names be against the law in the U.S., like they are in other countries? 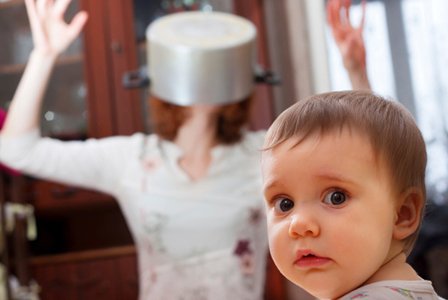 Your favorite celebrity has a baby, but you wonder why she chose the unusual name she bestowed upon her little one. In the U.S., you can basically name your baby whatever you want. This is not the case in other countries, where parents must either choose from a preselected list of names, or they have to have them approved — and they can potentially be declined. Is government regulation on baby names a good idea, or is it too restrictive?

What sounds crazy to one person may be entirely different from what sounds crazy to another. For example, you might not name your baby Speck Wildhorse but that doesn’t mean John Mellencamp doesn’t have the right to call his kiddo that. So the long, complicated, unusual and downright wacky names probably shouldn’t be regulated.

Most would agree, however, that names that are, contain or resemble an obscenity are probably not a good idea. So where does the law come in?

The U.S. leaves baby name regulation up to each individual state — for example, did you know that California doesn’t allow parents to use diacritical marks (more commonly known as accent marks) when they name their babies? Other states forbid numerals and pictograms, and a couple expressly prohibit names that contain an obscenity. Overall, however, most babies born in the U.S. can be named whatever their parents choose. Carlton F. W. Larson from the University of California, Davis, wrote an extensive paper on naming conventions and the laws that may or may not govern baby names in the U.S. Larson brings up that folks in the early days of America took all sorts of liberties when naming their children, such as little ones named Mene Mene Tekel Upharsin and Fly-fornication. Kind of makes Apple sound pretty tame in comparison, doesn’t it?

In other areas, it’s not as easy to name your baby. For example, countries like Denmark and Iceland have preapproved baby name lists that parents can choose from. Other nations require registering your baby’s name, and if it doesn’t satisfy certain requirements, parents may be asked to try again.

From a land with naming regulations

Talei is a mom of two and lives in New Zealand, where there are naming regulations that parents must follow before their child can be officially named. Parents must register their child’s name within two months of birth, and most names are accepted — however, there are certain types of names that are not allowed. Official titles and ranks cannot be used, and neither can parents use names that are considered offensive. “Personally I think these are both reasonable rules and I think the reason they release the list is to make sure they are in line with public feeling on what is offensive,” she explains. “I think it is abusive to give a kid an offensive name. For titles I think the intent is to avoid confusion and fraud, and again I feel it is reasonable — no one is stopping you calling your baby Princess — that just can’t be her legal name.”

Naming laws may be a slippery slope

Other moms feel that government interference in a parent’s naming of their child is too much. “While some people give their kids some pretty awful names, which I believe can set a child up for failure, ultimately it is the parents’ decision,” explains Bethany, mom of two. “If we take away this freedom, what other freedoms will be next?”

Shelly from Connecticut agrees. “We live in a free society,” she says. “The government has no place to tell me what I can and can’t do as long as it’s not affecting anyone else. With that said, it would be nice if parents thought through their name choices and what kind of societal and perceived impact it will have on the child when they are grown.”

Naming laws are put into place to keep a child from experiencing undue stress when they grow up, but should we worry about too much government interference in something that should be a decision only parents can make? National laws in the U.S. don’t seem to be coming anytime soon, but parents-to-be should definitely consider their baby as a future adult when they are picking that perfect baby name.