At just 20 years old, Milton Wright was diagnosed with leukemia for the third time in his young life. But he was given a new lease on life — and a chance to help other kids who are dealing with this disease — through an experimental new procedure. 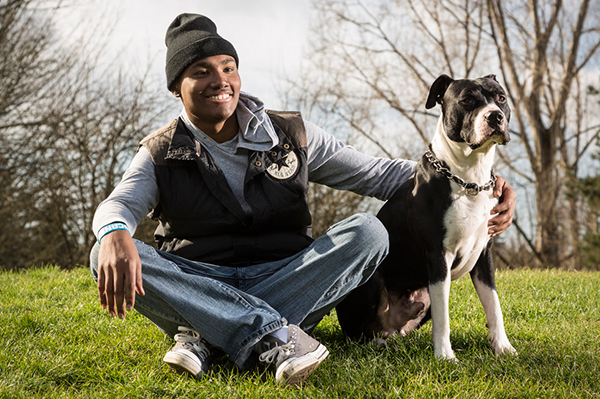 Less than a year ago, Wright was told that he had leukemia yet again. Worse yet, because he had already battled the disease twice as a boy, standard therapies like chemotherapy and radiation were no longer an option as the cancer becomes immune to those treatments. When Wright heard the news he said, “I thought, ‘I’ve got six months to live.’ I knew there was not much more [the doctors] could do. I just broke down.”

Should children have the right to die? >>

The promise of a new tomorrow

Enter pediatric oncologist Rebecca Gardner of Seattle Children’s Hospital who had been working on a new procedure to reprogram T cells in the patient’s body to seek out and destroy cancerous cells. The clinical trial had worked on one patient prior to Wright, and Gardner was hoping it wasn’t “just beginner’s luck.”

Gardner says, “I knew Milton would be an ideal candidate for this since he had already had all the standard methods of care yet his leukemia had returned a third time. When I approached him about it, I think he felt a sense of relief that there was a new treatment. We thought this held a lot of promise for him, even though we couldn’t guarantee anything.”

Wright adds, “Dr. Gardner told me about the study and I was willing to try anything. But what really got me is she told me it would take six months. The first two treatments were 3-1/2 and 2-1/2 years.”

Moms, don’t freak out about the Tylenol/ADHD study yet >> 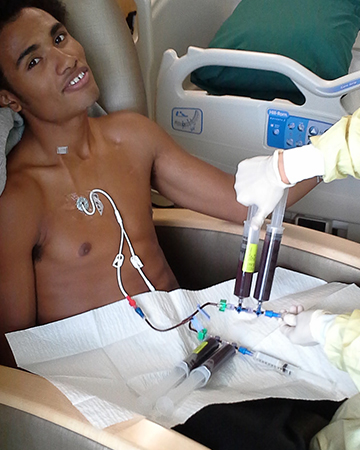 After the procedure came the difficult days of waiting to see if Wright’s reprogrammed T cells were indeed fighting the leukemia. After about a week and a half, he ended up in the hospital due to a fever and doctors discovered he had low blood pressure so he was admitted to the ICU. Wright says, “It turns out the T cells were working too well for my body and they worried whether my heart was going to be able to take it. They were thinking of cutting back my T cells but I asked them to wait just a few days. I thought maybe my body would acclimate to it.” Turns out Wright was right. The procedure was working as planned — destroying his leukemia and ultimately giving him a new lease on life.

Gardner says, “We were so elated. The feeling is amazing — knowing that we got his leukemia to go away. It’s hard to put into words. It was even hard to sleep at night at first knowing we were really on to something.”

Gardner says the procedure will likely be in clinical trials for another two to three years as the researchers work to fine tune the side effect profile so they can learn how to temper them and figure out appropriate dosing levels. “We have to demonstrate that it will work better than standard therapies we have now and we have to make sure that it is safe,” she says. Gardner notes that they are also turning their attention to finding a way to reprogram the T cells to fight other types of cancer. “Our experience with Milton drives us all to accelerate the pace of our research,” she adds.

Helping others see the light

More on children’s health and wellness

10 hrs ago
by Claire Gillespie

11 hrs ago
by Heather Marcoux