Breastfeeding support is crucial for women, and in the home, from their baby’s dad, is one of the best places they can get it. Photographer Hector Cruz made dads sit up and notice with his “breastfeeding” dads photo series. 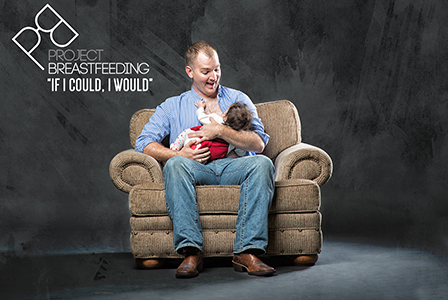 For photographer Hector Cruz, what started as a desire to support his breastfeeding wife has turned into a project that goes beyond borders. And although his “breastfeeding dads” photo series may be a little unexpected, the pictures really help highlight the importance of a dad’s support in the nursing relationship — and they are definitely “awe” worthy.

When Cruz and his wife welcomed their first child, they were met with unexpected obstacles. “She had jaundice, was losing weight too quickly — the doctor came in and was quick to tell us to feed her formula,” he remembers. They were keen to continue breastfeeding, but when he wasn’t allowed to attend his wife’s breastfeeding support meetings through the hospital, he took matters into his own hands. “I hired a lactation consultant (IBCLC) to come out the next day to help us and I began to learn everything I needed to know about breastfeeding and how I could support my wife,” he says. 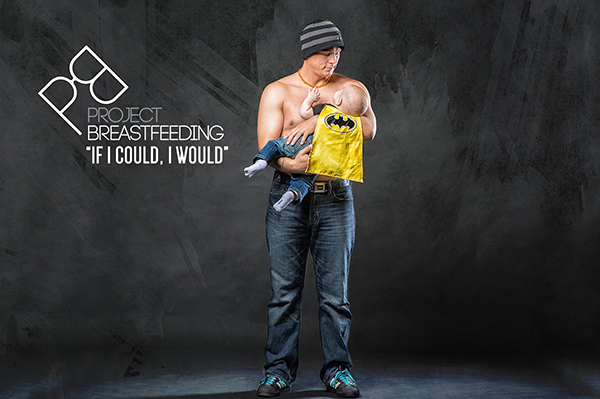 He also was surprised to hear a friend talk about breastfeeding in an unexpected way. “What really made me take action and turn this into a project was hearing a friend say he did not allow his wife to breastfeed because her breasts were his alone and not to be shared with anyone, even his kids — that statement left me dumbfounded,” he explains. “I could not wrap my head around that, and I began to see and understand the over-sexualization that we as a society have put on women and their bodies.” 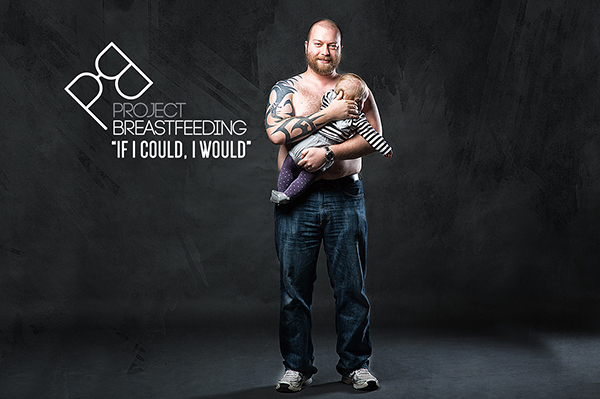 Once they ventured out of the house and he saw how worried his wife was about nursing in public, the idea for Project: BreastFeeding was truly born. He chose to include images of dads “breastfeeding” to spark conversations in a unique way. “I wanted to grab people’s attention, I wanted them to stop when they saw the photos and think, so I thought what better way to do that than to create photos of dads breastfeeding,” Cruz shares. “I also believe that the only way to really begin to get rid of the stigma that surrounds public breastfeeding begins with men, we need to educate men. If we educate men, we have empowered women, and the whole stigma of public breastfeeding goes out the window, it is no longer an issue!” 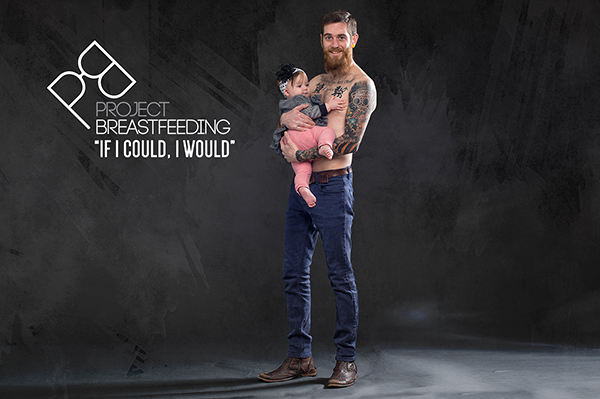 Since then, Project: BreastFeeding has caught the nation’s eye, and Cruz is taking his skills to Uganda via a partnership with Mama Hope to highlight positive steps the country is taking to get dads involved in family life, and also to help stop “poverty porn,” which is media that highlights conditions of poverty to generate sadness and sympathy so donations will be more likely as a result. “This isn’t just a U.S. or Westerner issue, it is a global issue, so I want to take PBF globally!” he says. Project: BreastFeeding also aims to create nationwide co-ed breastfeeding support groups, led by both a man and a woman — the first of its kind. 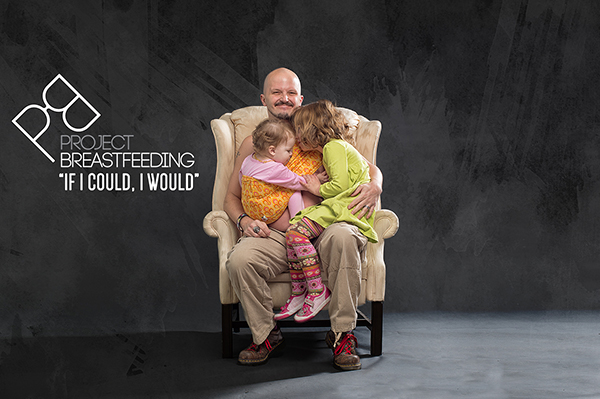 Cruz and Project: BreastFeeding are set to travel across the country soon (in part, thanks to a sponsorship by Beco Baby Carriers) to take even more photos for this project, and they are also set to attend and speak at various MommyCon conferences in various cities as well.