Can teenagers seriously sue their parents for private school and college tuition? One New Jersey judge has already ruled in favor of the parents, but the case continues to develop. 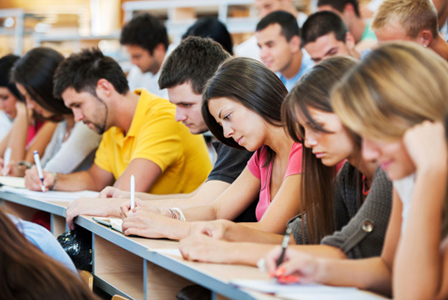 An unprecedented lawsuit for tuition

An 18-year-old high school senior named Rachel Canning made a bold and unprecedented move when she recently filed a lawsuit against her parents to request financial assistance and money for college tuition. As of Tuesday, March 4, the New Jersey judge in the case denied her initial request for immediate private school tuition aid, much to the relief of parents everywhere. The case will move on to an additional hearing in April to determine whether or not Canning moved out of her parents’ home or was kicked out due to her behavior. Her request for college tuition hangs on the outcome of April’s hearing.

So what actually happened here? Canning alleges that she left the home of her parents as a result of their emotional abuse. Her parents contend that her behavior was out of control, they punished her by removing her car and phone privileges, and then she ran away from home. Although the lawsuit is still working its way through the system, evidence from New Jersey’s Division of Child Protection and Permanency (the agency that investigates child abuse) asserts that Canning’s claims of emotional abuse are unfounded.

What are the implications?

Ultimately, the future of this case will come down to whether or not Canning moved out of her parents’ home of her own free will. If she left of her own volition because she didn’t want to live in her parents’ home and under their rules, Canning will not have a case. Under New Jersey law, parents are not required to provide financial assistance to children who have emancipated themselves.

If, however, Canning’s parents kicked her out of the house due to her behavior or if she was indeed fleeing emotional abuse, the future hearings on this case are up in the air. Canning contends that her parents simply do not want to support her any longer, so she’s suing them for the money she needs to pursue her college goals.

What do you think? Are we on our way to a dangerous precedent if a vindictive teenager can sue her parents for college tuition?

More on teens and tweens

Teen depression and concussions: Is there a link?
Should your teen wait to start college?
Should child sex trafficking victims go to jail for prostitution?

9 hrs ago
by Brittany Loggins

10 hrs ago
by Brittany Loggins