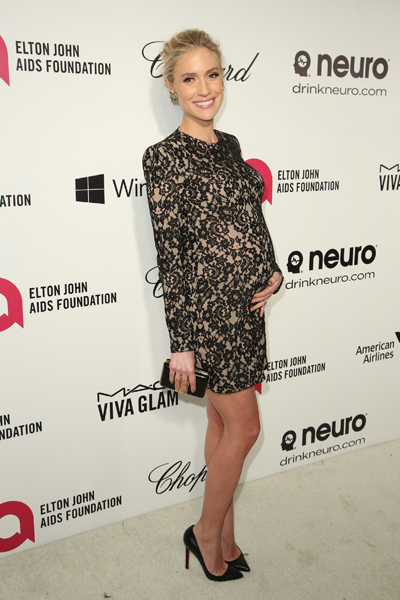 Cavallari, who is expecting her second child with her husband, Chicago Bears quarterback Jay Cutler, was on the red carpet at the Oscars as she provided fashion commentary with E! News alongside Giuliana Rancic and Kelly Osbourne. She wore a white Alexander McQueen on the red carpet, before changing into this short lace gown for the after party.

In addition to shoe designer, Cavallari will add another job to her resume as she will also host a new half-hour show on E! called The Fabulist.

“We will discuss the top trends in fashion, beauty and lifestyle,” she said, explaining the concept of the show.

Cavallari will welcome another baby boy this spring. Her son Camden is 18 months old.

Next up: The Office star Jenna Fischer debuts her baby bump!

13 hrs ago
by Eugenia Miranda Richman