Julianne Moore is an award-winning actress, children’s book author and even an app-maker. When she’s not sharing her many talents, she’s also a mom and wife. And now, Moore’s a SheKnows Mommaloguer. 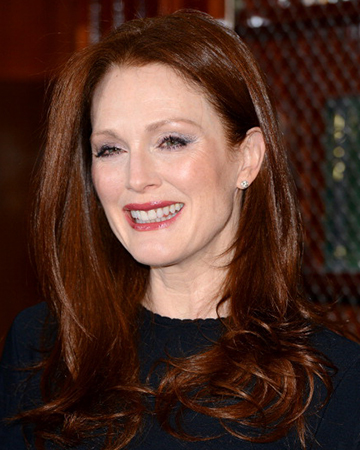 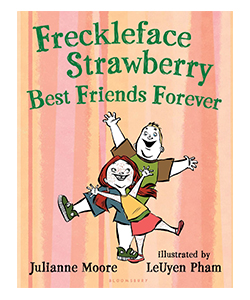 For the month of March, actress and author Julianne Moore is SheKnows’ guest vlogger. She’ll be sharing her thoughts about aging, beauty secrets, motherhood and more, along with our regular Mommaloguers.

Moore lives in New York City with her film-director husband, Bart Freundlich and their 11-year-old daughter, Liv and 16-year-old son, Caleb. She follows other celebrity moms who have raised their voices on the Mommalogues, including Alison Sweeney, Alanis Morissette, Cindy Crawford and Candace Cameron Bure.

On (and off) Broadway

Moore earned her B.F.A. from Boston University for the Performing Arts before starring in a number of off-Broadway productions, including Serious Money and Hamlet. She also participated in workshop productions of The Father with Al Pacino and An American Daughter with Meryl Streep. In 2006, Moore made her Broadway debut in the Sam Mendes production of The Vertical Hour.

Moore has captivated audiences with comedic and dramatic performances on both the small screen and big screen. She’s best known for her roles in The Big Lebowski, Boogie Nights, The Hand that Rocks the Cradle, Hannibal, Laws of Attraction and Crazy, Stupid, Love. Her most recent work includes the action-thriller, Non-Stop, with Liam Neeson.

We’re not the only ones who appreciate her work. Moore is a four-time Academy Award nominee, eight-time Golden Globe nominee, six-time SAG Award nominee, four-time BAFTA nominee and a three-time Independent Spirit Award nominee. In 2012, Moore’s role as Alaska Governor Sarah Palin in the HBO original movie Game Change earned her a Primetime Emmy award for Outstanding Lead Actress in a Miniseries or a Movie.

This fall, Moore will appear as President Alma Coin in the popular franchise, The Hunger Games: Mockingjay. This busy mom and actress has more projects in the works, including the fantasy adventure The Seventh Son, the satire drama, Maps to the Stars, romantic comedy Maggie’s Plan and Freeheld, an independent drama based on a true story. 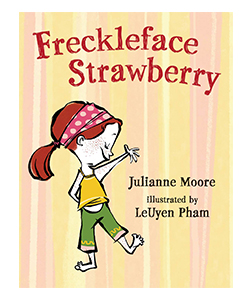 Moore recently released her fourth book, My Mom is a Foreigner, But Not to Me, based on her experiences growing up with a mother from Scotland.

Visit Mommalogues to learn more about this talented celebrity mom. You can also keep up with Moore on Twitter at @_juliannemoore.

31 mins ago
by Irina Gonzalez

21 hrs ago
by Kimberly Dawn Neumann