A new report from the LeapFrog Group shows early elective deliveries (EEDs) have drastically declined since the organization began reporting on them in 2010. Leah Binder, LeapFrog’s president and CEO, talks to SheKnows about the recent successes to reduce unnecessary EEDs and the steps to continue to advocate for additional best practices within maternity care.

Related story Yes, You Do Need to Teach Your Kid Fine Motor Skills — Here's How 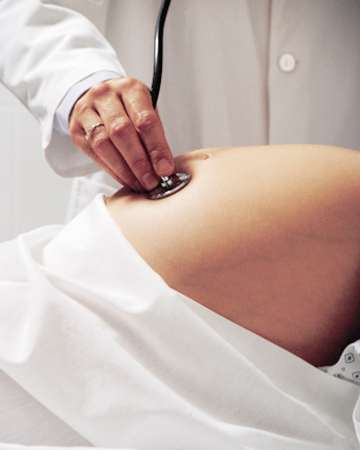 The dangers of EEDs

My first question is this — if doctors and pregnant women are aware of the dangers of an elective early delivery, why would they choose that route? Binder notes, “There is a perception that it is better to schedule a delivery than to let nature takes its course — for example if one lives in a rural area far away from the hospital and suddenly nature takes its course in the middle of the night.”

Tips on getting doctors involved in birth plans >>

Binder doesn’t agree with that premise. “It is an erroneous perception, however,” she adds. “Early deliveries are unsafe for the mother and the baby and are not considered good practice for doctors by the American Congress of Gynecologists (ACOG) or the March of Dimes.” She notes that sometimes a due date can be off by a week or more, and those last two weeks of pregnancy, bringing a baby to full-term of 40 weeks, can be critical to Baby’s lung development.

While ACOG has been reporting on the dangers of EEDs for more than 30 years, in 2010 the LeapFrog Group began gathering rates of EEDs from participating doctors and making that information widely available to women. The first report, released in 2011, determined that 17 percent of EEDs were actually unnecessary. “Nobody knew that at that time,” Binder notes.

Learn how you can prevent and identify preterm labor >>

The report also showed great variation within hospitals in the same region — sometimes as little as 2 percent of EEDs at one hospital and as many as 40 percent at another nearby hospital. But the report gave women the knowledge to make an educated decision on where they wanted to deliver based on EED rates. In 2012, the number had dropped from 17 percent to 14 percent. That same year, the federal government also launched the Partnership for Patients to help reduce EEDs.

Binder is pleased to announce that the 2013 results show EEDs have dropped to just 4.6 percent on a national average, with 71 percent of the more than 1,000 hospitals reporting to the LeapFrog Group having an EED rate of less than 5 percent. “We don’t generally see that type of dramatic results,” she adds. The list of participating hospitals and their individual rating are now listed at LeapFrog Group. She encourages pregnant women to check out how their local hospitals rate before determining where they want to deliver their babies. She also advises pregnant women to read up on the dangers of EEDs at March of Dimes.

More to be done

While Binder is pleased with the dramatic drop in EED rates, she is persistent that more work still needs to be done for the protection of pregnant women and their babies. She notes that there is still a third of hospitals which have much higher EED results that “didn’t get the memo.” For these hospitals, she says women need to demand better results. While she wants to put pressure on the hospitals that haven’t made the grade, she also wants to recognize the hospitals that have made the effort to reduce their number of EEDs.

The organization also plans to focus on other unnecessary intervention methods of maternity care such as cesarean sections and episiotomies. “In the future, LeapFrog will be able to report on that data for women to reference,” Binder says.

When it comes to your health and the health of your baby, sometimes you have to be your own advocate. Learning about the dangers of EEDs and finding out how your hospital ranks can save your baby’s life — and even your own.

How to protect your child from medical errors
VBAC: What is it?
Breaking up with your OB/GYN

9 hrs ago
by Brittany Loggins