Although many people are upset once again to hear that Walt Disney World has hiked its prices, does it really matter? Chances are the additional $4 per ticket probably won’t be keeping you from taking your brood.

Related story Khloé Kardashian Sparked a Debate on Traveling with Kids: What Constitutes a 'Vacation'?
Savings and alternatives 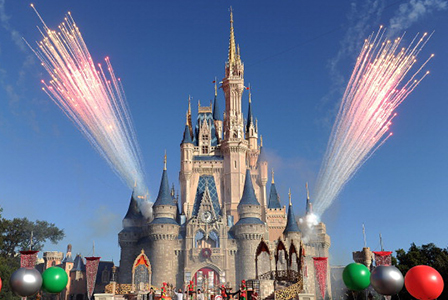 But, when planning your family vacation to Disney’s Magic Kingdom, there are also plenty of ways to save on these popular Orlando theme parks. Check out these tips on how to cope with the Walt Disney World price increase.

For the second time in eight months, Disney’s Magic Kingdom has raised the price of single-day admission for kids 10 years and older to $99 for the Orlando super park. Toss in tax and you’re pushing the $100 mark for a single person. But Disney’s not just upping the entrance fee at the Magic Kingdom — other Disney World parks in Florida, including Epcot, Animal Kingdom and Hollywood Studios, also increased ticket prices to $94 per person per day. But, is the $4 increase really enough to get in a huff about?

While the price hike at the Florida kingpin’s parks seem to be an annual ritual, industry observers like ThemeParkInsider.com speculate to USA Today that the increase can be attributed to a reverse price war between Disney World and Universal Orlando, which isn’t likely to sway vacationers from paying up when visiting the sunshine state. However, some local residents are re-thinking their annual visits to the popular Orlando getaway. “Not only has the Magic Kingdom raised prices, they’ve also changed their policies for people with disabilities,” explains Jennifer Hiers, Lake Wales, Florida. “Usually we visit annually on my daughter’s birthday, but now they require a back-and-forth trek to the front of the park between each ride on top of the higher $99 price? We won’t be going anymore.”

Save on Walt Disney World tickets

Always dreamed of bringing your kids to ‘The Most Magical Place on Earth’? Well, boycotting Disney World may not be your only option when planning your Florida family vacation. When looking to save some dough at Walt Disney World theme parks, you can get more bang for your buck by opting for multi-day tickets and park hopper admission. Doubling the number of days you stay can bring the per-day price down to $94 per day for visitors 10 years and older, while adding on a park hopper option lets you bounce between all four Disney Florida theme parks in the same day for only $35 per person more per day. Or, you can still snatch up the savings by coordinating your Disney World visit with a Florida resident, who can take advantage of seasonal discounts for local visitors, commonly on multi-day admission packages.

For those who can’t stomach the idea of forking over another $4 to the Walt Disney World franchise, there are a plethora of other Orlando theme parks in which to take your youngsters to for a day of fun for a little less dough.

Prices for many of these Disney-alternative theme parks are significantly cheaper for weekday visits as well.

Despite the grumbles that once again Walt Disney World has hiked their prices, with a little bit of planning you can recoup the $4 price increase easily with these Magic Kingdom savings tips to the popular Orlando theme park.