Does Tylenol use during pregnancy cause ADHD? It hasn’t been proven to, but a recent study may have you placing some blame on yourself if your child has that diagnosis. 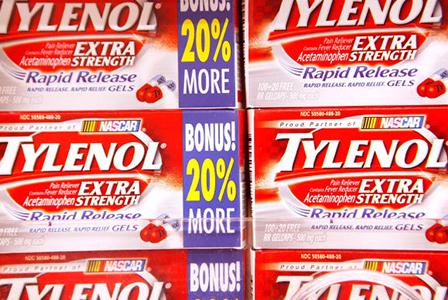 If your child has been diagnosed with attention deficit hyperactivity disorder (ADHD), you may be more keenly aware of studies that attempt to find a cause. A recently-released research study out of UCLA has found a correlation between prenatal acetaminophen use and ADHD, but it’s far too soon to feel stressed that you caused it if your child has the disorder.

Researchers from UCLA, in collaboration with the University of Aarhus in Denmark, conducted a long-term study on acetaminophen use during pregnancy. They studied over 60,000 Danish women who participate in the Danish National Birth Cohort and conducted interviews at specific times during pregnancy, and again when their babies were 6 months old. A follow-up interview took place when the children turned 7 years old to determine which children had ADHD or experienced ADHD-like behaviors.

The result? They discovered that around half of the moms reported using Tylenol at some point during their pregnancies. The research showed that there was a higher risk of a child developing ADHD (or ADHD-like behaviors) if their mother used acetaminophen while she was pregnant — and the longer the use went on, the higher the risk appeared to be. For example, if the moms-to-be used acetaminophen for 20 weeks or longer, then their child was 50 percent more likely to wind up with a diagnosis of ADHD.

Acetaminophen and its safety

Most medical professionals advise that mothers-to-be abstain from taking any medication if possible during the course of their pregnancies, but 40 weeks is a long time to avoid getting sick or being in pain. Acetaminophen, however, has long been regarded as one of the safest medications a woman can take during pregnancy, and in fact, it’s the most commonly used medication during gestation. Does this study make it less safe than previously thought?

There are flaws to studies like these, however. There may be other factors that lead to a child having more of a risk of developing ADHD that were not investigated in this study, and presenting these results as proof of a cause and effect relationship is not only wrong, it’s unethical. It’s really important to note that there is a big difference between finding a link and proving causation.

If your child has an ADHD diagnosis, looking for a reason why is natural. If something is affecting your child, you want to know why it happened, right? But reading studies like these can make it far too tempting to load some of the blame on yourself, and as mothers, we often play the blame game when it comes to our children and the challenges they experience.

Even if research proves causation, women have been told that acetaminophen is essentially safe during pregnancy for decades. While it has not been studied extensively in pregnant women (which would be rare in any case), it has always been considered benign. If you’re pregnant now, you can work with your health care provider to find a solution if you’re experiencing pain or fever, and feel free to discuss these findings with him. But if your child has ADHD, don’t, for one second, look back and wish you could change your acetaminophen usage during your pregnancy. Instead, work on focusing on the present and the future — these are the gifts that you have. Take advantage of them.

More on ADHD and behavior

Art therapy to treat ADHD in children
ADHD: Overdiagnosed and overmedicated
ADHD: Is it real, over-diagnosed or completely made up?