You may know her best as wife to actor Alec Baldwin and mom to their new baby girl Carmen Gabriela, but Hilaria Baldwin is also a busy entrepreneur, TV correspondent and fitness and wellness professional. And now, she’s a SheKnows Mommaloguer.

Related story Brittany Mahomes Calls Out Negativity About Transitioning From One Child to Two: ‘Don't Let Other People's Ideas Get to You’ 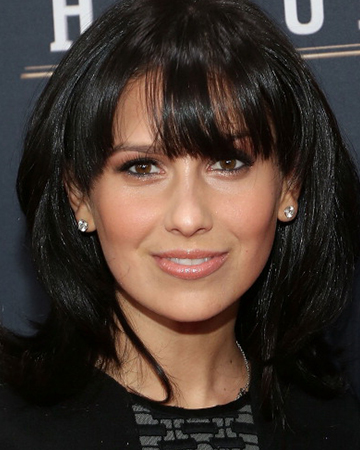 Hilaria Baldwin is SheKnows’ guest vlogger for the month of February. She’ll be joining our regular Mommaloguers as they discuss topics like advice for new moms, flirting and workout routines.

Hilaria, who grew up in both the U.S. and Spain, has been passionate about dancing since childhood. She studied flamenco, gymnastics and ballet before she began international Latin ballroom dancing at the age of 13. Her love for the arts brought her to New York University, where she majored in art history and dance.

Hilaria married former 30 Rock star Alec Baldwin in June 2012, and the couple welcomed their first child together, Carmen Gabriela, on August 23, 2013. Through her marriage to Alec, Hilaria also became stepmom to his daughter, Ireland Baldwin, who is 18.

This busy new mom can also be found sharing her passion for fitness and wellness wherever she goes. She even has her own prenatal yoga DVD, @ Home with Hilaria Baldwin: Fit Mommy-to-be Prenatal Yoga.

Hilaria taught fitness and dance for more than 10 years before she began teaching yoga in 2005. That same year she also attended Somatic Experiencing training, a program designed to naturally heal and resolve trauma. Hilaria is known for incorporating her dance and fitness background, as well as her Somatic Experiencing training, into her yoga classes.

Hilaria turned her passion for yoga into a business when she became co-founder of Yoga Vida, a yoga studio with locations in Union Square and NoHo. The studio offers yoga classes, retreats, workshops and Yoga Alliance Registered Teacher Training Programs.

When she’s not in the studio, Hilaria can be found covering fitness, fashion and celebrities as a lifestyle correspondent for Extra. Her recent interviews include Governor Chris Christie, Jane Fonda, Emma Stone and Tony Bennett. Hilaria has also been featured as a fitness expert on E! News, Today, Rachael Ray, Good Afternoon America and in various magazines and on several websites.

And for the rest of February, she’s a SheKnows Mommaloguer.

Visit Mommalogues to learn more about Baldwin. You can also keep up with her on Twitter at @hilariabaldwin.