By now, you’re probably quite familiar with the extensive research on the correlation between children’s behavioral and cognitive development and reading. Because of this, you might have stocked up on adorably illustrated picture books and downloaded interactive reading apps on your devices. Even as the totals tallied, you probably didn’t mind because losing yourself in a book is fun! What if we told you that you and your kids could have an equally good time playing with numbers as you do devouring bedtime stories?

If you’re skeptical, we don’t blame you. Math doesn’t always have a reputation for being approachable and enjoyable. Thankfully, dozens of math learning apps are dispelling the “math is boring” trope by providing users with colorful, interactive games that make learning more accessible and entertaining. Below, we’ve gathered a list of 12 apps perfect for kids of all ages and levels. Fair warning: These apps will hook you!

Introducing your kids to basic math concepts at an early age can help them build confidence before they enter kindergarten. These three apps are great tools for assisting budding Einsteins in learning how to count, trace numbers, learn number sequences and more, all while providing hours of entertainment. 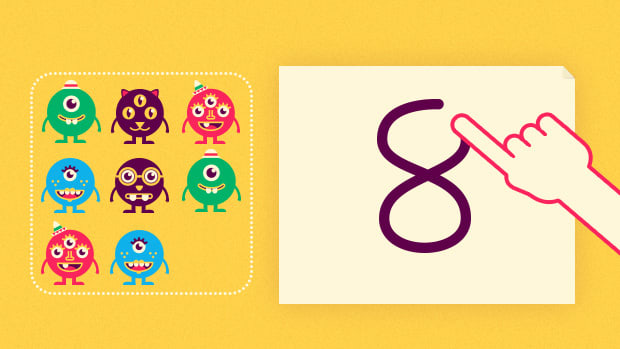 Numbers, like monsters, can be scary — but not when using Quick Math Jr. This colorful app from Shiny Things is an excellent tool for numeral novices and teaches everything from how to identify and trace numbers to simple addition and subtraction. As an incentive for little learners, the app rewards progress by granting virtual money that can be spent on customizing your own monster pal. 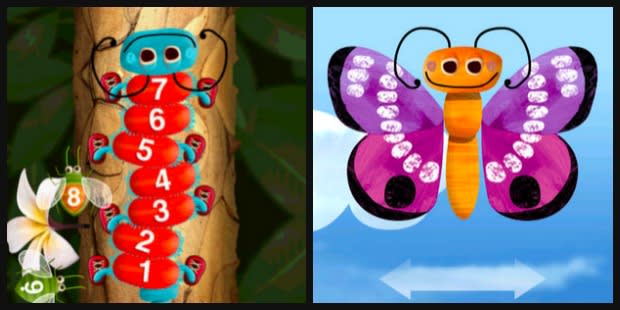 Chances are, you grew up reading The Very Hungry Caterpillar. Though this isn’t by the same artists, the fun visuals are strikingly similar, giving you a boost of nostalgia and your kiddo something pleasant to look at while they exercise their brains. This app helps preschoolers learn their numbers by counting and feeding aphids for the Counting Caterpillar. As they make progress, kids will be rewarded with smiling butterflies. 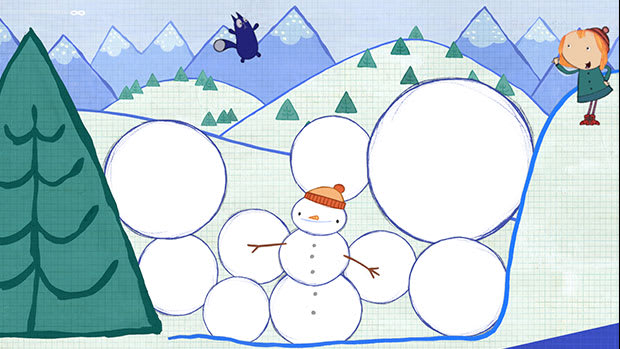 The cat’s out of the bag — literally! This adorable app from PBS Kids teaches kids early math concepts and creative problem-solving as they follow Peg and her charming yet mischievous cat through 10 different worlds and 50 exciting levels.

Now that your child’s familiar with numbers and basic math concepts, it’s time to up the ante a bit to get their cognitive, well, cogs churning. These apps are designed to help kids ages 5 through 8 sharpen their skills. 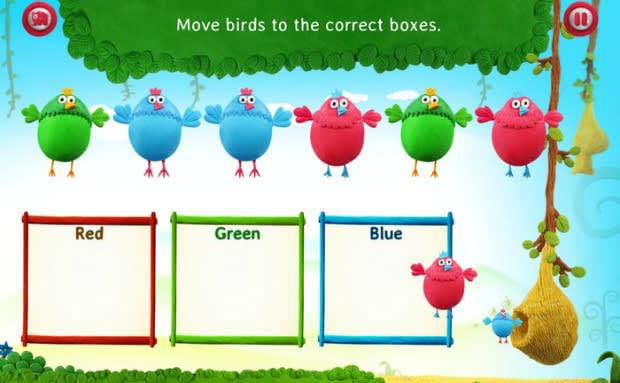 Silly safari animals guide kids through a numeric adventure on which they can learn how to compare numbers, add, subtract and measure through fun interactive games. Want to know how your kid’s doing? Splash Math makes it easy by allowing parents to set goals and measure their child’s progress with an easy-to-comprehend graph. Plus, Splash Math has been used by 20 million kids. They’ve gotta be onto something, right? 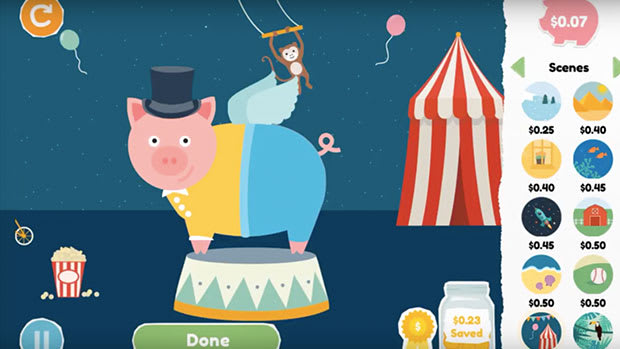 Foster money-savvy kids with this app from Visa that teaches kids 5 and up monetary values, how to count and sort coins, how to budget and how to save. It’s not too early to teach kids financial basics, like the importance of saving, and Peter Pig’s Money Coin Counter makes it easy. Kids are rewarded with fake money that they can spend on Peter Pig accessories.

More: How to Teach Your Kids the Importance of Saving 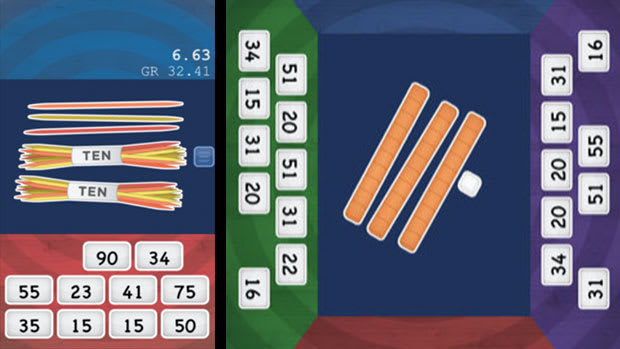 Appeal to your child’s competitive side with Math Slide, the game that requires players to think — and act — fast. In Tens and Ones, one to four players gather around the iPad and look at various groupings of items (for example, glow sticks) in the middle of the screen. Once they’ve added up the sums, players push their answers forward. The first person to answer correctly wins that round! Counting and adding have never been so fun.

What doesn’t divide us brings us closer. Unless of course you’re a number. By now, kids are starting to embark on slightly more difficult lessons, such as fractions, decimals and division. With the help of these apps, they’ll be the first ones to raise their hands when the teacher calls on the class for a whiteboard helper. 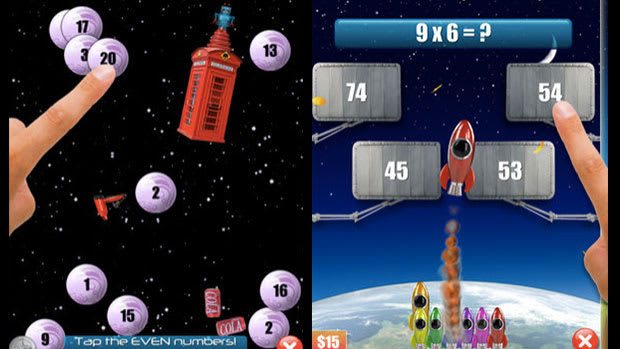 Aspiring astronauts will love this app, which allows users to build rockets as they whiz their way through 56 different math missions touching on fractions, decimals, square roots, division and more. Intergalactic graphics and sound effects will transport kids to a majestic galaxy where educational opportunities are just as common as meteors. Go ahead; let them “space out.” 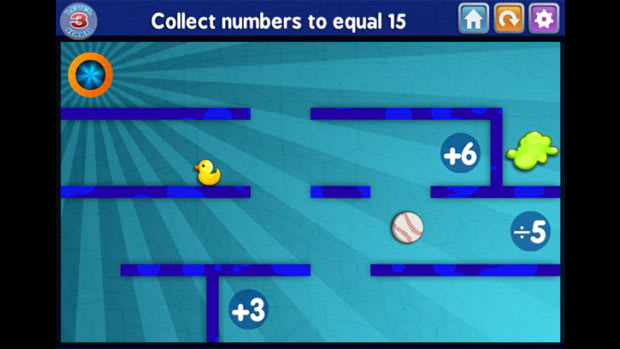 Remember those handheld plastic maze games that required you to expertly tilt from side to side to get your ball to the end point? Marble Maze is kind of like that, except instead of just helping kids pass the time, it actually teaches them valuable lessons like how to sequence Roman numerals, add fractions and count money.

More: Can You Really Have a Mind for Math? 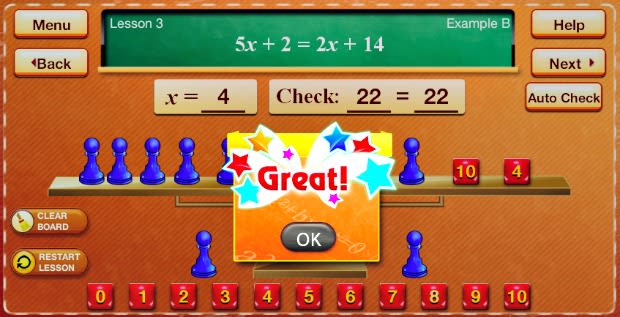 Raise your hand if you’d rather scrub toilets than help your kids solve the equation 17x – 12 = 114 + 3x. You’re not alone. For some, algebra is complicated and confusing. Thankfully, Hands-on Equations 1 is here to help make learning more natural for your kids (and you). Developed by a real-life mathematician, Dr. Henry Borenson, this interactive app breaks down algebraic equations with the help of virtual pawns and game pieces.

Up until now, you’ve probably been able to assist your kid with their homework, no problem. But now that they’re in middle school, shit’s getting real. Say goodbye to basic algebra and hello to the stuff you scrubbed from your memory long ago, like multiplying fractions and the dreaded Pythagorean theorem. Luckily, these math apps are here to help you just as much as they’ll help your kids. 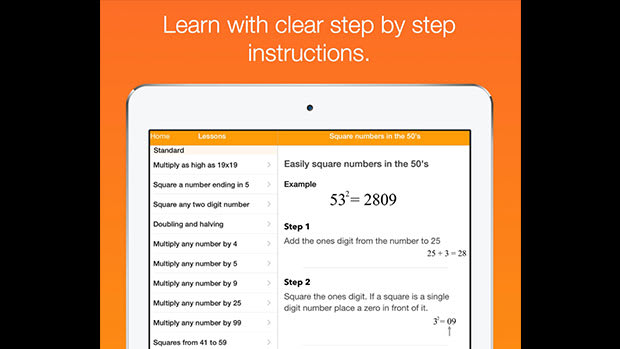 What’s more impressive than a magician pulling a rabbit out of a hat? A kid being able to tell you what 53 squared equals without even blinking, that’s what. While that may sound impossible, believe, dear readers, in the power of Mathemagics, an app that helps kids memorize all sorts of math tricks to make division, multiplication and square numbers as easy as saying abracadabra. 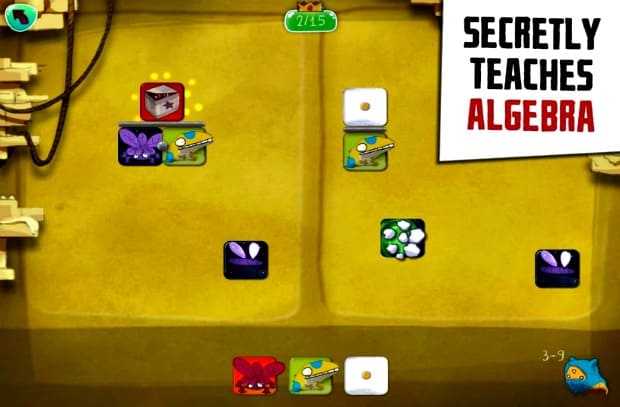 Factorization, substitution and dragons — oh, my! Don’t be fooled by the cute visual design (and squeeworthy baby dragons); this app means business. With 20 chapters and more than 350 puzzles, DragonBox takes a slightly different approach than some other apps by offering what it calls “minimal instruction.” The goal, they say, is to empower kids to get creative, experiment, and have fun with each level and, in turn, math.

Run for the hills; they’re learning the hard stuff! Now that your kid’s in high school, it’s a great time to introduce them to apps that will help them prepare for college. 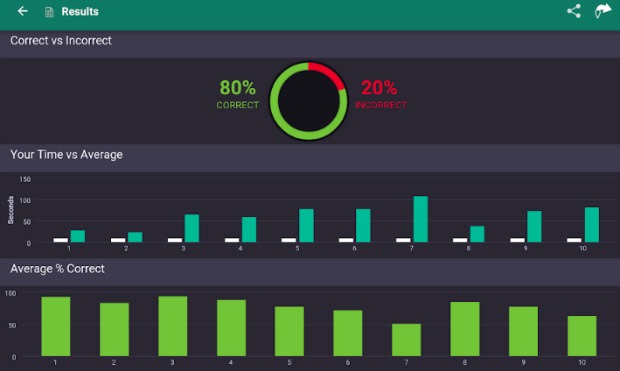 The first few years of high school are vital if your child wants to further their education. One of the best ways to assist them? Start prepping for the SATs early. This particular math app from Varsity Tutors includes practice quizzes, helpful flashcards and diagnostic tests that, if done regularly, can help boost scores and confidence.