Rachel Frederickson claimed her $250,000 prize on stage in front of a live audience on The Biggest Loser this week. What kind of message does her dramatic weight loss send kids? 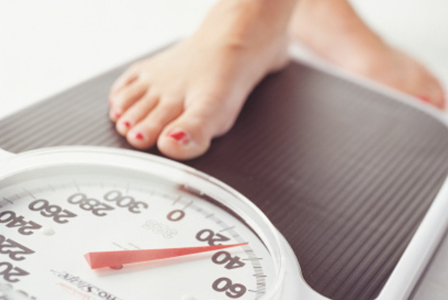 Rachel Frederickson had lost about 60 percent of her body weight and to many viewers she appeared thin and sickly on the finale. At the start of the show, Rachel weighed in at 260 pounds and at the finale, her 5-foot 4-inch frame was just 105 pounds.

Is it irresponsible to glorify this kind of weight loss on TV?

Many were outraged and believed the show should be ashamed for promoting this kind of rapid and extreme weight loss, especially to young girls who are at higher risk for eating disorders such as anorexia. Mom and writer Lisa Douglas says, “It was clear she did anything to win. That is not only a message that shouldn’t be allowed to be viewed as a ‘win,’ it shouldn’t have been on TV for young, impressionable minds who need inspiration to look up to.”

Should the media stop shaming women for the way their bodies look?

But not everyone felt this way. Others thought she didn’t deserve all the negative reactions — calling the controversy more body shaming. She played a game, did the hard work and won. If in fact she is in good health, is she being judged too harshly based solely on her appearance at the finale. “First she was too fat,” says mom of one Sarah Walsh, “now too thin. Stop it!”

Let’s focus on health and not appearance

Corina Fiore is a trainer at 5 AM fitness in North Wales, Pennsylvania. “Dramatic weight loss, in and of itself, is not a problem,” she says. “Neither is the interminable enthusiasm for fitness and clean eating that the show expounds. The problem occurs when someone is not getting the nutrition to fuel their body for that kind of training, as well as not having properly developed end goals in mind. Your body needs proper food, nutrition and calories to complete all its metabolic processes and to develop into the lean, strong body that many people want. As long as the habits an individual develops are healthy habits, properly fueling the body for the daily training, the weight loss is not an issue. Whether or not that happened in this case is to be determined.”

“It doesn’t represent realistic weight loss to our children”

As a yoga teacher, personal trainer and mom, I can no longer get behind a show that pushes such extreme weight loss in such a short amount of time and calls it a success. No matter how you look at it, the fact is, going on a reality show where your every move is monitored and exploited on TV cannot set up healthy ideas about weight loss — not for the participants and not for the viewers, either. It doesn’t represent realistic weight loss to our children, who see these images everywhere and may be fighting their own battles. Some may believe they too can drop weight in the same speedy fashion. “She lost a very significant amount, almost 60 percent of her body weight in about 4 to 5 months, which can be a concern clinically,” says registered dietician Shaistha Zaheeruddin. “The ideal way to lose weight would be a gradual 1 to 2 pound loss per week.”

Talk to your kids about extreme weight loss on TV

The Biggest Loser isn’t a show for children, but it’s a show that families may watch together. The health-focused message is one that many find inspirational. As you watch any kind of reality television with your older kids or teens, make sure you emphasize that this isn’t an accurate depiction of reality. Consider giving your kids alternative resources on health and body image, such as these books that boost body image. Frederickson achieved something amazing, but her results weren’t indicative of what the average American will experience while dieting. Try showing your children images of athletes who are in perfect health without being very slender. Emphasize that winners come in every shape and size.

More on body image for kids