We live in an age of helicopter parenting, accompanied by lax expectations for children. Find out how to incorporate real and meaningful discipline into your relationship with your kids. They’ll be better for it. 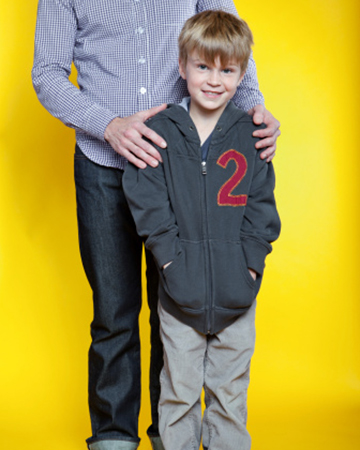 Helicopter parenting is the parenting style of our generation.

Most people think of the prototypical hovering mother or father as the definition of a helicopter parent. Hovering, however, is only half of the story. Helicopter parenting assumes at least two things:

As a result of these assumptions, parents adapt their style of involvement and discipline to remove or reduce challenges.

Helicopter parenting removes challenges before children are even required to face them. For example, a helicopter parent may turn into a short-order cook when a child refuses to eat family dinner, rather than allowing the child to go to bed hungry. This isn’t just a hovering problem; ultimately, it’s a discipline problem.

Be a grownup, not a helicopter

Parents everywhere can avoid the pitfalls of helicopter parenting if they make a concerted effort to act like adults. Helicopter parenting is born from a place of care and concern, but it’s a parent’s responsibility to consider long-term concerns rather than short-term concerns alone. Sure, it’s incredibly uncomfortable in the short-term to send your child to bed without dinner because he refused to eat what was prepared for him. It’s a lot less uncomfortable in the long-term if your child doesn’t turn into a demanding diva who believes the world will bend to his needs simply because he exists.

Acting like an adult doesn’t mean you need to start acting like a harsh dictator or implementing corporal punishments. In fact, authoritarian discipline isn’t all that effective. Instead, you need to allow your children to experience natural consequences in order to engage the logical parts of their brains. Some examples include:

Smart, loving and long-term parenting requires you to parent your kids through the natural consequences of their behavior. It allows your kids to face challenges and make logical choices that create self-sufficiency and problem solving skills. Frankly, it’s how our kids turn into competent and kind adults, which is the real goal of parenting anyhow.

The dangers of correcting your parents’ mistakes
Mom story: I’m fighting for both my sons to live
Teaching phone manners to kids