As video games, computers and mobile devices such as smartphones and tablets become more prevalent in our lives, younger and younger children are becoming proficient at using them. However, is this coming at a price? 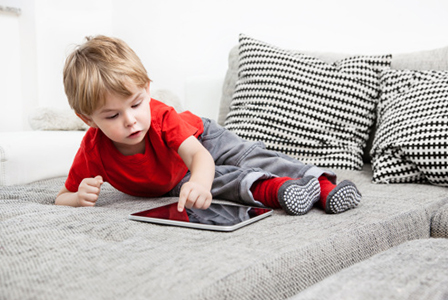 A recent study has revealed that life skills — such as tying shoes — aren’t mastered by our little ones as easily as video games are.

AVG Technologies, a global leader in the protection, privacy and performance of PCs and connected devices, recently conducted an online survey of over 6,000 parents — and the results were humbling, to say the least.

Parents from the U.K., U.S., France, Germany, Spain, Czech Republic, Australia, Brazil, Canada and New Zealand were polled on their children’s virtual skills as well as their real-life skills, such as riding a bike, swimming independently and tying shoes. The survey was set up using Research Now and fieldwork, and took place in November and December 2013. 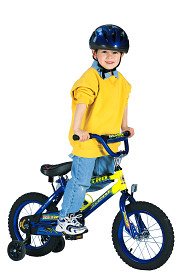 They found that children often have a digital online presence from a very early age — sharing ultrasound photos via social networking is extremely common, and at least a third of kids have photos or other information posted online within weeks of birth. And within a few years, the children themselves begin to master computer and touchscreen skills we couldn’t even dream of when we were toddlers ourselves.

For example, more children ages 2 to 5 can play a computer game than ride a bike, and more kids this age can use a smartphone than can tie their shoes.

Where do you draw the line?

There is the argument that kids need to learn to use our technology so they can keep up with their peers as they go through school. Many school districts issue iPads or laptops to each child, for example, and this is likely to only increase as the years go by and textbooks go digital. Why issue hundreds of textbooks to kids when you can let them use an iPad with the information in one place? Computer labs are common in elementary schools and their presence only increases as kids go through later school years.

Looking for ways to help your child stay grounded in the real world? Try these activities on for size.

However, online and digital use definitely needs to be moderated, particularly when children are young. Screen time — whether it comes in the form of cartoons on TV or an educational app on a tablet — should not be a child’s primary activity.

And as parents, we must consider how using social networks from a young age can impact their future employability, as potential employers commonly search Twitter and Facebook (and other social networks) before making a hiring decision. Thirteen percent of young adults surveyed admitted that after a bad day at work, they wrote a disparaging tweet or status message about their job or their boss, and they often don’t restrict who can access these messages — including co-workers.

These digital skills are not useless, but we as parents definitely need to continue to focus on real-world skills and real play-time. Check out the rest of the survey results and see if there are areas you and your child can focus on as they grow.