Texas, a frontrunner in educational mandates, has dropped the algebra II requirement for its high schoolers. Do kids really need it to succeed, or is Texas on the right track? 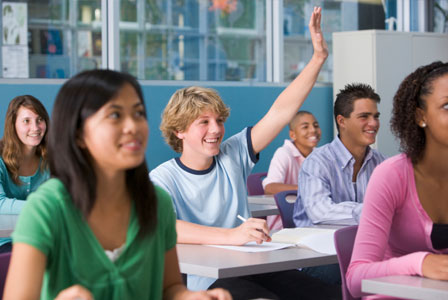 Algebra II was made a required part of Texas high school curriculum, and after nearly 20 states followed its lead, they are now set to make a complete turnaround. Educational experts are now on alert to see if other states will do the same, which begs the question — how much math do high school students really need?

It’s no secret that math isn’t always a popular subject amongst students. Without a requirement for algebra II, would most high schoolers still enroll? Chances are, many kids would say “no.” Supporters say that dropping this requirement would open up time for vocational training, as some high-paying jobs don’t necessarily require a college degree, but educational experts feel this is a huge red flag and fear that other states will lose the mandates for algebra II as well.

Dr. Oliver G. McGee III is a professor of mechanical engineering and former vice president for research and compliance at Howard University. He is concerned about the new direction Texas is taking. “Algebra II is as essential as algebra I for high schoolers to fully grasp, completely understand and properly utilize to maintain the country’s future competitiveness in science, engineering and technology,” he says. “The scientific principles of astronomy further our understanding of our galaxy from its nucleus to the cosmos. The mathematical foundations of astronomy rest on algebra II and analytic trigonometry — showing how to deduce the values of the angles and sides of a triangle when other angles and sides are given. Jobs are at stake by the elimination of algebra II and analytic trigonometry from the American high school curricula.”

Martin Marszal, who runs a group of educational consultancies in Sydney, Australia, has worked in this industry for 20 years and also has worked as a teacher in schools for 8 years before that. He says that it’s important to note that studying math doesn’t mean giving mathematical abilities to the average high schooler. “It is about equipping some students with the skills that will lead them to a career. It is not about making the average high schooler better at math — it is about giving skills to the future engineers and designers who will bring prosperity to their society. As for the concept that algebra is too difficult — are we to ‘dumb down’ our curriculum or ask students to step up? Is school about making kids feel successful because they never fail or is it about setting a bar that we ask students to reach?”

Parents also agree that this move by Texas may precipitate a startling trend that the nation will soon mimic. “I know my son doesn’t adore his algebra II class,” shares Ellen, mom of one. “But I know from my own experience that it will help him in ways that go beyond the grade card or the classroom. Why lower the standards? I don’t get it.”

Currently, the following states include algebra II as a requirement of high school education: Alabama, Arizona, Arkansas, Delaware, Georgia, Indiana, Kentucky, Louisiana, Michigan, New Mexico, North Carolina, Ohio, South Dakota, Tennessee, Utah and Washington. Whether or not they follow Texas and drop the requirement will only be determined over time, but all eyes are on the Lone Star State for this one.

Better or worse: Has education improved with time?
Preventing school dropouts: How you can make a difference
Online homeschool options