Being a new mom is exhilarating, but it can be a time of major worry, too. But if you’re feeling overwhelmed, you’re totally not alone. 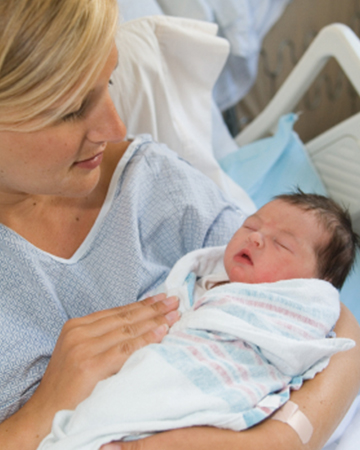 New babies are a beautiful thing, but once that little warm, wriggling child is placed in your arms, the sudden responsibility can trigger all sorts of fears. But never fear, mama — you’re not alone, and feelings like these are normal. These moms shared with us some of their most irrational fears as they stepped headfirst into new parenthood.

Some moms worried about the job ahead of them — the job of parenting itself. “I just had a general sense of fear that I wouldn’t be good enough as a mom,” shares Amelia, mom of four. “I literally cried, like sobbing, all the way to the hospital for the induction. I wasn’t scared at all about labor, it was just fear that once she was in our arms, everything was just going to fall apart and we wouldn’t be able to manage being parents.”

Lisa, who is now a mom of three, had a similar experience with her first baby. “I honestly thought that I couldn’t take care of her at all,” she says. “I suddenly thought I had no idea how to care for a baby. I cried the first week about everything. I was so afraid that I couldn’t handle it that I burst into tears when we pulled into the driveway bringing her home and told my husband I was going to have to put her for adoption because I just couldn’t do it. I was literally terrified. After a few talks with my mom, best friend and mother-in-law I realized I was going to be all right and all was good from there.”

Focusing on the details

Other moms had a hard time with details that they felt were just a bit out of their control, like Stacy did when her first baby was small. “When Emily was a baby, she had bottles with coordinating colored lids,” she explains. “The first time she stayed at my mother-in-law’s house, I was so afraid she would put the wrong color lid on the bottles. It bothered me so much that I numbered the bottles and coordinating lids.” 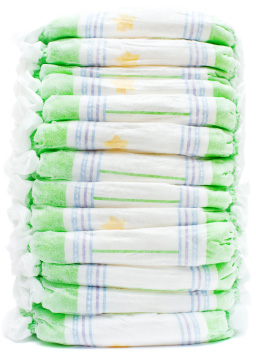 Brittney had other concerns before she had a baby of her own. “When I had Bella, I had never changed a diaper before in my life, and I had only held two babies,” she says. “I was so afraid I’d gag over the diapers and drop her on her head or something. Now it seems so silly. We even cloth diapered!”

By far the most common fear shared by new moms everywhere is the fear that their baby is going to stop breathing and pass away in their sleep. Sudden Infant Death Syndrome (SIDS) is a real thing, but fortunately it’s not a common occurrence. However, that doesn’t keep moms and dads from standing by the crib or co-sleeper and counting their baby’s breaths.

“My only fear was SIDS,” Shelly, mom of two, tells us. “I didn’t conquer it, I just felt more at ease the older they got. I still, 10 years later, check on them in their sleep and have a mini anxiety attack if they sleep in later than they normally do.”

If you’re expecting a baby, some of these fears may already be creeping up on you. Just keep in mind that over time, as your hormones level out and your baby grows and thrives, you will feel better. However, you may not “outgrow” it completely, as some moms continue to worry — just a bit — about their kids, even after they’re grown.

Cloth diaper tips from the pros
Why you should hire a postpartum doula
Should you join a breastfeeding support group?

Kristin Cavallari is ‘Thankful’ Her Parents Divorced, Says It’s Helping Her Own Kids

3 hrs ago
by Amelia Edelman

21 hrs ago
by Amelia Edelman