Apparently grandmas-to-be are having their very own baby showers. Is this a cute idea, or completely ridiculous? 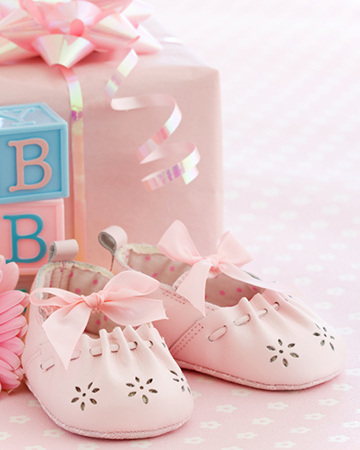 Baby shower etiquette isn’t written in stone. For example, some feel that a baby shower for a second (or subsequent) baby is unnecessary and even rude, but more and more moms and their friends are perfectly fine with it.

However, is it appropriate for a grandma-to-be to throw (or be given) her own baby shower? These moms weigh in.

Quite a few moms felt that the idea was ridiculous — and that it takes away from the mom-to-be. “I personally feel like it’s an attention grabber thing,” shared Niki, mom of one. “They had their baby showers when they had kids… it’s the mom-to-be’s turn. If Granny’s friends want to give gifts, have a shower for the mom-to-be, or just send gifts. Granny had her moment in the spotlight.”

Jo, mom of one, had similar thoughts. “Had my mother-in-law known such things existed she would have been all over throwing herself a shower,” she told us. “A friend threw me a shower when pregnant with my first — and I still have to say it was one of the few times being pregnant that I felt it was all about me and the baby.”

Tiffany, mom of one, had a baby shower of her own, but thinking back, it seems more like a “grandma shower” to her. “I had something along those lines,” she explained. “It wasn’t as obvious as that, but when I was pregnant, Lars’ mother and all her extended family and friends — whom I’d never met — threw ‘me’ a shower. It seemed clearly more about celebrating her becoming a grandma, but we got the gifts. To this day I’ve never seen most of those people again.”

Others thought that it is OK and even cute, but this really depended on a few factors. Brittney, mom of two, said that a shower might totally work for certain situations. “We don’t really rely on our folks for child care, but I know people (mostly friends that got pregnant in high school, and some others, like single dads) that rely on their parents for child care on a very regular basis, and I know grandmas that come and get their grandkids on a very regular basis — just because. In these situations I think it could be cute and beneficial,” 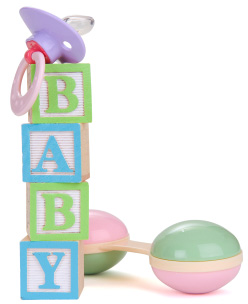 “For a first-time grandma?” pondered Taryn, mom of two. “I don’t think it’s that weird. My mom had everything at her house that I had at mine — playpen, car seat, clothes and so on. And although she didn’t have a ‘shower,’ I could see friends of hers throwing her a little luncheon with little presents and stuff.”

Having a baby is a very special time for the parents-to-be, but it’s also extremely exciting for the grandma-to-be. It’s understandable that the future grandma wants to celebrate the new addition to her family, but aside from special circumstances, moms agree that baby showers for grandmas are a bit over the top.