Parenting with a partner is often a meeting of two people with entirely different backgrounds, so compromise can be an important part of your daily lives once you have a child. 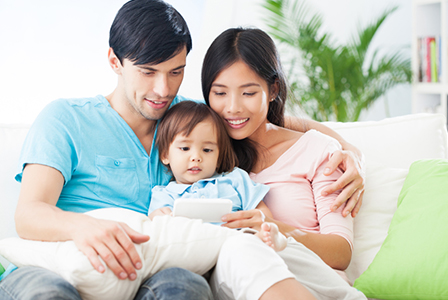 Parenting compromises come in many forms, but some areas of contention are more common than others. For example, Niki, mom of one, said that discipline is an area where she and her husband compromise the most, and that’s common in many families. “I’m generally harder on Lucas than Randy is, though sometimes he’s harder on Lucas than I am,” she explained. “A lot of it depends on what the action was that needed addressing. When we were potty training Lucas and he had an accident because he wanted to play instead of going on the potty, Randy told him he couldn’t watch TV or play with his favorite toys. We had to compromise because I thought that was too harsh, so he wasn’t allowed to play with his favorite toy for a day.”

Another common talking point between parental units is diet. This can involve junk food versus healthy food, for example, or ethical dieting choices, such as what Jana and her husband have compromised over — he is vegan, whereas she is not. “Our compromise is that our son eats vegetarian at day care and anything we’d like when he’s at home (so we can control for quality, organic, etc.),” she told us. “It also means that he’ll be able to join everyone else in eating birthday cake when he’s older and can try whatever he’d like off my plate now.”

Becky found that, although her partner was a little sneaky, compromising over bottles made things a little easier. “He would sneak a bottle (of breast milk) from time to time with the baby,” she said. “I’d always get furious to the point of tears. In hindsight, I think it helped with him taking a bottle with no issues when I went back to work. I compromised because even though I was entirely against it at the beginning, I had to remember that his dad probably wanted to bond with him in some form as well.”

No matter what areas you need to give and take a little over, compromising can really help open up lines of communication within your family unit. Melissa from Texas has found that working together as a team has always worked for her relationship and family. “If we disagree on something we generally talk about it,” she said. “Explaining why on both of our choices and try to come up with something that we can both agree on. But in general, we usually have the same thoughts on how to handle things.”

12 mins ago
by Sydni Ellis

56 mins ago
by Sydni Ellis

57 mins ago
by Rita Templeton