You may recall the You Tube “cinnamon challenge” and, more recently, the “ice and salt challenge.” Now, tweens and teens are “snorting Smarties,” crushing up the sugary candies to a fine powder that can be smoked or snorted. The behavior is beyond ridiculous… it’s dangerous. 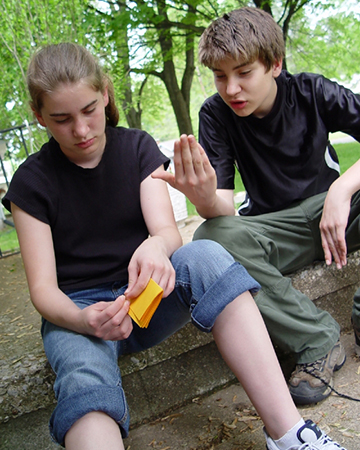 Are kids trying to fit in? Impress their peers? What would possess a child to do something so bizarre?

“Clearly, ‘snorting Smarties’ is a learned behavior,” says psychiatrist Dr. Daniel Bober, an expert on strange addictions. “Kids often emulate behaviors they see that they perceive will make them more accepted by their peer group or ‘look cool.’ Even though snorting Smarties is a pointless and potentially harmful activity, kids will do it nonetheless.”

The Addictions Coach Cali Estes agrees. “Kids always have some sort of game going on. A few years back it as ‘fish bowl parties’ and ‘rainbow parties,’ then it became ‘spice and bath salts,’ and now Smarties,” says Estes. “We adults squash one problem and another one manifests itself.” 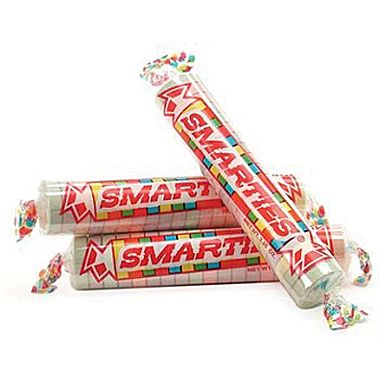 What’s the harm in just pretending? Smarties powder is not an addictive substance, but abusing it can present specific health risks. If the sugar coats the lining of the nasal cavity, infections and inflammation may result. This is particularly dangerous for children who have asthma or allergies.

But the real headline in this story — the one that’s made it go viral — is that snorting Smarties can result in nasal maggots. Yes, maggots. Unfortunately, the way this story surfaced (or resurfaced, as some skeptics claim) has caused many to question the validity of this reported “trend” and its ugly consequences.

The informational releases from the Scarborough and Portsmouth school districts referred to “research” and included a quote about nasal maggots from the Mayo Clinic’s Dr. Oren Friedman. Unfortunately, that Dr. Friedman’s quote was taken out of context — he had not seen any Smarties-snorting patients with maggot infestations — from a 2009 Wall Street Journal article.

On his hard deadlines blog, John McDaid, a resident and parent of Portsmouth, reached out to Dr. Friedman, who is now an associate of clinical otorhinolaryngology at the University of Pennsylvania. Dr. Friedman had this to say about the maggot business:

The quote regarding the maggots relates to the fact that when a foreign material, and especially a food, resides in the nose for a long period of time, infections may occur, worms may reside in the nose, even maggots may flourish in this environment — and we have encountered such a problem in the past. Hopefully the thought of possible maggots in the nose will help dissuade children from snorting the smarties.”

So why do children engage in these strange behaviors? Sometimes, it’s just to get some much-needed attention. “When parents aren’t paying enough attention to their child, the child will start looking for any kind of attention — negative or positive, it does not matter,” says Estes.

“As with all behaviors that can be problematic in children, parents need to be aware of what their kids are doing,” says Dr. Bober. “It is simply not practical to prevent your child from being exposed to other children who engage in this type of behavior, but by keeping an open line of communication with your children you can increase the likelihood that you will be informed. Furthermore, it may be helpful to be proactive and have an open and honest discussion preemptively.”

“Smarties are not physically addictive, and there is no evidence that kids who snort Smarties will go on to become addicts,” says Dr. Bober. But, moving forward, you’ll want to be on the lookout for similar behaviors.

“Some children may go on to try cocaine, roxy or something for a ‘real rush,'” says Estes. “Others will simply grow out of the phase and deem it ‘stupid.’ Snorting Smarties is no more of a drug marker than candy cigarettes are for smoking real cigarettes.”

Next steps for offenders

If you kid has already done the deed, it’s important to find out why. “Counseling with a mental health professional is warranted,” says Dr. Bober.

Estes recommends finding a qualified addiction expert. “Contact a professional addiction specialist or therapist to do a full assessment to rule out other addictions such as cutting, hard drugs or eating disorders,” she says. “If all is ruled out, discuss peer pressure and how it may affect them as they get older. And keep looking for signs of real drug use.”

More on parenting tweens and teens