A tongue tie can pose problems for the breastfeeding baby and her mom. These clues will help you identify potential tongue tie and what can be done to correct it.

Related story You're Not Alone: When Breastfeeding Makes You Feel Sad 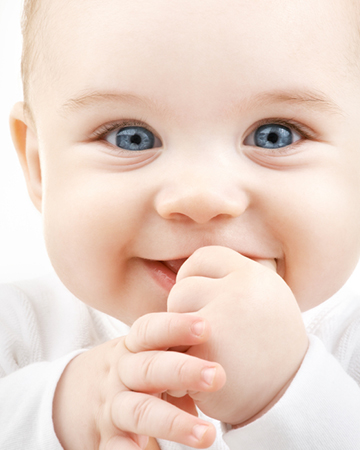 Tongue tie, more formally known as ankyloglossia, is a condition where an unusually thick, short or tight band of tissue anchors the tongue’s tip to the floor of the mouth. While some cases are mild, some are severe enough to interfere with a successful breastfeeding relationship, and can be paired with an upper lip tie as well to compound the situation. Here are a few tips on what to look for and what treatment options you have.

Breastfeeding pain and problems feeding can have a number of different causes, so what can you do to determine if tongue tie is a possibility? “Ankyloglossia can cause pain with breastfeeding, nipple trauma, difficulty latching, poor milk transfer and, ultimately, inadequate weight gain for the baby,” explained Dr. Michelle Bennett, pediatrician and founder of Mama Seeds. “It can definitely cause mamas to give up on breastfeeding due to frustration and pain.”

To potentially identify tongue tie as a cause of your breastfeeding difficulties, get a look at your baby’s tongue. “Ankyloglossia can cause the tongue to have a notched or heart shape when it’s protruded, and it can prevent the tongue from being protruded much past the lower gum line,” Dr. Bennett explained. “There are also some more subtle forms that are harder to diagnose.”

Lactation consultants can often diagnose a tongue tie — as can a pediatrician or a dentist — but getting a diagnosis can be difficult, as Claire, mother of one, experienced. “Lila had a Class IV upper lip tie (very thick), and a posterior tongue tie, both of which were missed by doctors and hospital staff. They severely impacted breastfeeding for the first six weeks (cracked and bleeding nipples, poor weight gain), until I was able to get her upper lip tie treated.”

Other moms had an easier time getting a diagnosis. “We found Memphis’ tongue tie when he was 3 days old,” said Rachael from Iowa. “He wasn’t latching properly, so it’s the first thing I checked.”

Treating a tongue tie may not always be necessary. “Many ankyloglossia cases don’t cause problems and don’t require any intervention,” said Dr. Bennett. “Some people think that with use of the tongue, the frenulum stretches over time. However, for some, ankyloglossia can cause breastfeeding problems, speech articulation difficulties and gum disease.”

That’s when steps need to be taken, which both Claire and Rachael have done. “I was able to get her upper lip tie treated (with a laser), and the difference was noticeable immediately,” shared Claire. “The dentist who I went to is the only one in France who treats ties with a laser, and is one of only two who has been trained on the impact ties have on breastfeeding — for example, the ENT I went to in our town agreed she had an upper lip tie but refused to treat it, insisting it couldn’t be the reason behind the breastfeeding issues, and he completely missed the posterior tongue tie.”

Rachael’s son has had a longer road to recovery, and his tongue tie impacted breastfeeding so badly they weren’t able to find success. “It took us a long time (six weeks) to get an appointment to fix it, but then they just looked at it, clipped it, and we were on our way,” she explained. “Unfortunately his needed to go back further, but that first visit was key. As for problems, he didn’t gain back his birth weight for six weeks, and was super jaundiced from not eating enough during those weeks. It made our breastfeeding relationship terrible, and it ended prematurely because of the latching problems.”

While Claire’s daughter is still nursing successfully at age 2, Rachael’s son continues to have problems. “He’s 7 months old, it’s been clipped four times, and he still has problems latching to a bottle when he’s tired,” she told us.

If you suspect a tongue tie or a lip tie, get it checked out — and if you don’t think your concerns are being taken seriously, get another opinion and trust your instincts.

8 hrs ago
by Jennifer Mattern