LEGO-loving kids and families from coast-to-coast

Honorable mentions for epic LEGO creations include these favorites that they were proud of (and we couldn’t help but include), built by some kids and families that we think are pretty epic themselves! Check them out and get inspired. 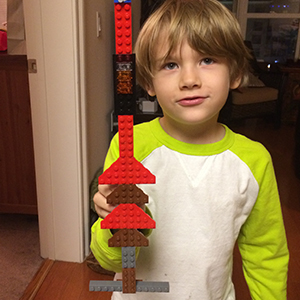 Mom Shannon shares that Oliver, like most true LEGO creators, follows the directions of a new LEGO set a couple of times before combining them with favorite pieces from his other sets to create something of his own imagination. “They’re almost always of the flying persuasion,” she tells us. 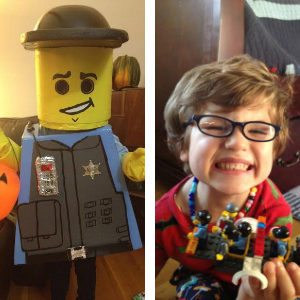 Some epic LEGO creations of a different sort, Dana confesses that her sons are obsessed with LEGOs and that she and dad, Preston, helped them take their obsession to a new level last Halloween with these homemade LEGO costumes. Check out Micah, age 5, both in and out of his LEGO policeman costume. 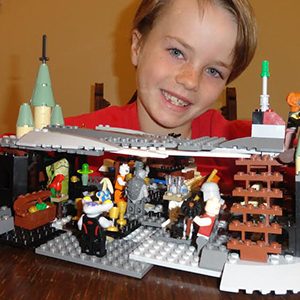 A very creative LEGO house built by Tanner, age 8, was no doubt inspired by his dad, an architect in Aspen, Colorado. Tanner, who hopes to be a LEGO designer and live in a LEGO house someday (don’t we all?) says that he loves building with LEGOs because when he plays with them, “Everything in the world fits.” Some wise words and ideas from a little LEGO creator that we’re sure will take him to epic places as he grows. 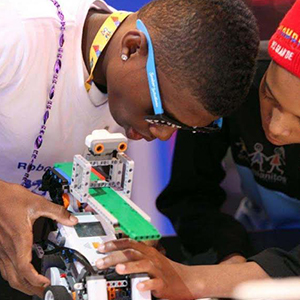 Did you know that there are teams for LEGO-loving kids to join where they can enter competitions and meet up with other builders their own age? This cool robot is the creation of one from a recent FIRST LEGO tournament, just as they were about to send it out to compete and be judged. All of that time building with LEGOs has paid off for these kids — there are even college scholarships available for the winners.

The Pandemic Has Actually Made My Kids More Productive Than Ever

Comfy Nursing Bras That’ll Give You the Support You Need

The Best Kids Tables & Chairs for a Designated Play Space