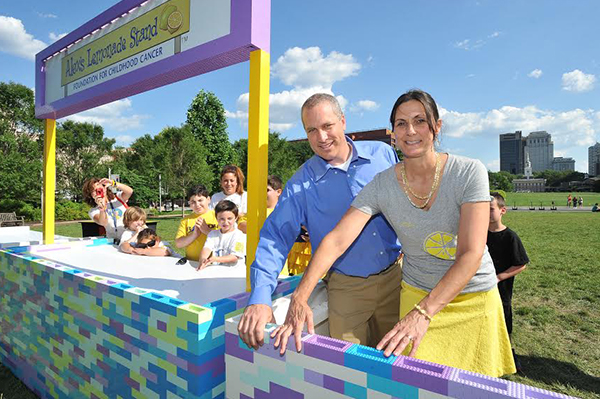 It’s hard enough to resist a good lemonade stand on a hot day, let alone one that was made out of LEGOs… and for a good cause, at that! Alex’s Lemonade Stand — made completely from LEGOs — was built over the course of four days in the heart of Philadelphia, where locals and visitors to the city alike contributed to its creation. The stand, which shares a name with its foundation, was built in honor of a little girl named Alex who, while fighting cancer herself, set up her own neighborhood lemonade stand to raise money to fund childhood cancer research.