Children growing up with a sibling who has a disability may experience moments of embarrassment that are both natural and not necessarily related to the sibling’s disability. But for those moments when emotions are tied to disability, veteran siblings share advice for parents to help prepare. 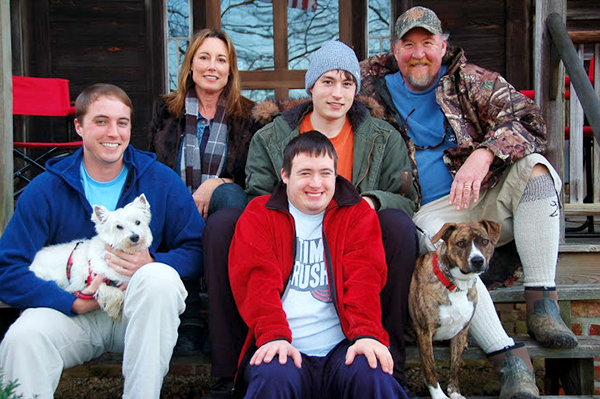 Sometimes, I wonder if my daughter, Emma, will one day feel embarrassed by her brother Charlie, who has intellectual and developmental delays. Maybe it’s the charming way (to me!) Charlie greets every stranger like the mayor of the universe. Maybe it’s his struggle to walk, his delayed speech or the low muscle tone that causes constant drooling.

Of course, having Down syndrome (as with any disability) doesn’t mean it’s a given that he’ll embarrass his sister. After all, siblings are expert at embarrassing each other eventually.

But as a parent, how can I prepare for the moment when embarrassment does stem from Charlie’s different abilities and help my daughter through it, all while acknowledging that it’s OK to have those feelings?

“All typically developing siblings experience moments of embarrassment when it comes to their brothers and sisters with Down syndrome,” says Dr. Brian Skotko, co-director of the Down Syndrome Program at Massachusetts General Hospital and co-author of Fasten Your Seatbelts: A Crash Course on Down Syndrome for Brothers and Sisters .

“But, oftentimes this has nothing to do with the fact that their sibling has Down syndrome! I think it is important for parents to remember that embarrassment is an ingredient in all sibling relationships.”

When it is about a disability

“But, occasionally, the source of the embarrassment has everything to do with Down syndrome,” Skotko continues. “And, in these circumstances, parents — and siblings — need to realize that this is OK and that they are not alone.”

Skotko, Susan P. Levine and Rick Goldstein surveyed siblings nationwide, and of survey participants, 9 percent of 9- to 11-year-olds and 7 percent of older siblings admitted to feeling embarrassed, in general, by their brother or sister with Down syndrome.

“Most often, these feelings of embarrassment are temporary, and brothers and sisters oftentimes have trouble recalling these moments years later,” Skotko says.

Skotko can relate firsthand. “I was once challenged during a presentation to recount an episode of embarrassment with my own sister, Kristin, who has Down syndrome. It took me quite some time before I could remember feeling embarrassed as a young boy in being asked by her to ‘fix her ponytail’ that was repeatedly becoming undone in the public swimming pool. Not my job as a guy to do my sister’s hair! But, these episodes now just seem humorous when I can look back in hindsight with more mature eyes. Those day-to-day fluctuations of emotions as a youth get replaced by lasting memories of pride and respect.”

Jonathan Isley is one of three sons to Charlotte, North Carolina radio personality John “John Boy” Isley. His brother, Matty, has Down syndrome. Now grown, the three brothers have a close relationship punctuated by entertaining memories that weren’t so funny at the time.

With the advantage of wisdom and maturity that can come only from time, Jonathan agreed to share some of his fondest (or most unforgettable) memories from his childhood with Matty — as well as lessons learned — in the hopes of helping parents know what to expect and the best ways to respond.

“Matty gets very excited when we have visitors, and he always wants to entertain them and make them laugh,” Jonathan explains. “This will usually involve him jumping or dancing around and making loud, sudden laughing and gasping noises. He also has a tendency to greet people at our house by coming down the stairs in nothing but his underwear (he takes after dad). I’m pretty certain that he has greeted every girl I have ever brought home in this manner.”

“Only associate with people who have a sense of humor in this fashion. If they’re not understanding enough to appreciate Matty in his comfort zone, and to appreciate his personal brand of hosting, I may as well not invite them over in the first place.”

“Matty went through a phase during our childhood when he would misbehave in restaurants. He would be loud, scream, make messes and could never sit still. He just never understood the concept of being quiet and respectful,” Jonathan explains.

“If we were there too long he would get agitated and run away. Sometimes that was the best option because if we didn’t let him leave he would misbehave to the point that people sitting near us would confront my mom and tell her to control her child.

“As a kid, I was always wanted to stand up to these people and explain that Matty just didn’t understand… but I was afraid to do so. He truly didn’t understand why he needed to be quiet and well-mannered around strangers. [Middle brother] Michael and I understood that, and would stop once rebuked by parents. Matty, on the other hand, took a lot longer to learn why we couldn’t act the same way in public as we did at home.”

“I definitely learned to have a heightened sense of awareness when we entered into certain situations (like restaurants) and I knew there would be a good chance that we might make a scene.”

“One of Matty’s most legendary ‘misbehaving’ phases was when he learned to dial 911. He has always been fascinated with cars, and I think that he thought dialing 911 would guarantee his own personal police officer delivered straight to the house with car, ready for play.

“Matty was very smart about this. He even figured out that the police would call back, so he would make the call from a phone in an uncrowded bedroom and then leave the phone off the hook to prevent any call-backs. Thus, the officer would have to be dispatched to our location, and play time was on!

“Luckily, all of the officers were understanding in the end… [but] it was very stressful that it just kept happening.”

“Matty loved seeing the officers and their cars so much that I began to doubt he would ever stop doing this. But, as with most other phases, this one also passed. I think the lesson here is to keep trying to teach and explain without losing faith because eventually, the message will be received and it will be on to the next thing!”

“We have always called Matty an escape artist. No matter how many locks we put on our doors, he would still find a way to break out and roam the neighborhood.”

“The best thing we did was get to know our neighbors and make sure to introduce them to Matty. You never know when he might walk into one of their houses and they will have to get out of the shower, wrap themselves in a bathrobe and bring him back home (yes, really).”

“Everyone who meets Matty absolutely loves him and would do anything to protect him,” Jonathan says. “But it’s very important to reach out to others in your community so they can help you when you need it!”

More on Down syndrome

11 hrs ago
by Monica Beyer