A Victoria’s Secret employee has created quite the controversy when she told a customer that she couldn’t breastfeed in the store where she just spent $150. 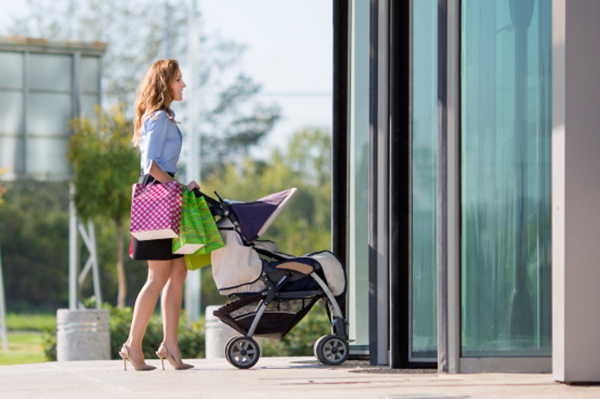 In Texas, moms are allowed to breastfeed their children wherever they have the right to be. However, one mom learned that not everyone knows the law, and was not only told she couldn’t breastfeed at the Victoria’s Secret where she was shopping, but was asked to go breastfeed her baby in the alley behind the store. What?

Breastfeeding discrimination is unfortunately nothing new — but now that social media is so prevalent in our daily lives, we are hearing these stories almost as they unfold. And now, we have yet another story, and this one may be one of the worst, and is definitely one of the most ironic.

Ashley Clawson had just lightened her wallet to the tune of $150 at her local Victoria’s Secret when her 4-month-old boy started fussing because he was hungry. When she asked an employee if she could breastfeed him in a changing room, she was told that she could not — but if she wanted to, she could go in the alley behind the store because no one usually goes there.

Clawson was understandably upset and humiliated, and after two complaints were filed with the store, she received a response. Victoria’s Secret has also issued the following statement:

“We take this issue very seriously. We have a longstanding policy permitting mothers to nurse their children in our stores and we are sorry that it was not followed in this case. We have apologized to Ms. Clawson, and we are taking actions to ensure all associates understand our policy that welcomes mothers to breastfeed in our stores.”

Victoria’s Secret is primarily known as a lingerie store, with advertisements plastered around their stores and the media featuring scantily-clad women who are often baring more breast than one would see during a nursing session. “The posters and everything are just women showing their breasts and obviously to Victoria’s Secret in my eyes, it’s looked at as a play toy,” said Clawson. “Not necessarily means for, you know, nursing your child — which is why we have breasts to begin with.”

The moms we spoke with completely agree with this mom. “If it was a matter of the store being too busy to give up a dressing room (understandable as they wouldn’t just let someone hang out there not breastfeeding), she should have been kindly offered one of their waiting chairs, not an alley,” shared Dana, mom of two.

And for Maggie, this story hit really close to home for her, as she had a similar incident at an Ohio water park in 2012. “I do believe some responsibility lies with any company that is open to the public to educate their employees regarding the state law that protects a woman’s right to breastfeed in public,” she told us. “But shame on the employee who took it upon herself to humiliate another woman who is clearly within her state-given right. The message, intended or not, is that breastfeeding is shameful and unless breasts are being sexually objectified, they should remain hidden. These incidents are common enough and directly reflect society’s view on women’s rights, breastfeeding and sexuality.”

The complaints are starting to trickle in on Victoria’s Secret’s Facebook page but are currently going unanswered by the company. We hope that they will address this situation publicly on their social media accounts and follow through on their promise to train employees on the company’s policy, which reflects state laws on breastfeeding in public.