The American criminal justice system has not yet adapted to treat many childhood victims of sex trafficking as victims rather than criminals. Find out more and how to help. 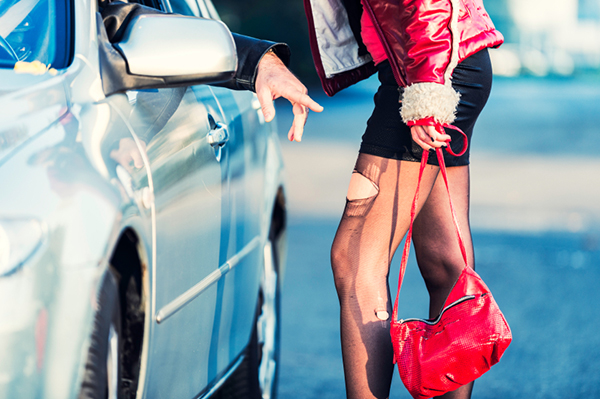 When Americans hear the term “sex trafficking,” they often imagine the horror of international kidnapping and exploitation popularized by films like Taken and Trade. Certainly, this type of sex trafficking is a massive industry with millions of victims, but many Americans may find it hard to believe that the problem is more pervasive, insidious and homegrown than we can imagine. In fact, it’s estimated that there are 300,000 new victims of trafficking in the U.S. each year, and many of these victims are minors who grew up in a community like yours. Sadly, many of these victims will not receive the protection they deserve through our current criminal justice system.

What is sex trafficking?

According to federal law, there are two types of sex trafficking. The first type is similar to the variety sensationalized in popular culture, in which a trafficker uses force, fraud or coercion to require a victim to perform sex work. The second type of sex trafficking is when a trafficker or pimp induces a child under the age of 18 to perform sexual acts for money or barter. Unlike the first form of trafficking, many of these children and teenagers are runaways (usually escaping abusive homes) that hail from many different U.S. communities. More often than not, they do not self-identify as victims of trafficking, but instead view their sex work as a way to survive on the street.

The question of criminality versus victimization is a theme for many prostitutes, regardless of their age.

But it’s especially tragic to hear about boys and girls going to jail for prostitution when federal law makes it clear that they cannot legally consent to sex work as minors. And lest you think this occurrence is rare, the Justice Department estimates that of the 450,000 teenagers who run away from home each year in the U.S., one third will be lured into prostitution within 48 hours of leaving home. Many of these teenage runaways will end up in trouble with the law when they’re picked up for prostitution, while their pimps and traffickers go free.

In reality, though, these childhood victims of sex trafficking deserve a response from child welfare rather than law enforcement, due to their status as victims of abuse, neglect and exploitation. But many will not get such a response until local laws change to meet their needs.

Thankfully, many organizations and action centers exist to speak up for the rights of sex trafficking victims. If you want to make your voice heard and find out more about sex trafficking in the U.S., take some time to check out the Polaris Project. The website provides comprehensive information about sex trafficking, as well as opportunities to petition lawmakers for reform.

The Polaris Project advocates for both federal and state governments to provide safe harbor for minor sex workers, including a child welfare response to their plight rather than a criminal prosecution. You can sign a petition on behalf of childhood victims of sex trafficking by visiting the Polaris Project’s Action Center.