A list about how to fall in love, written by two second graders, is making the rounds — not because it’s cute, but because it’s really sexually suggestive. 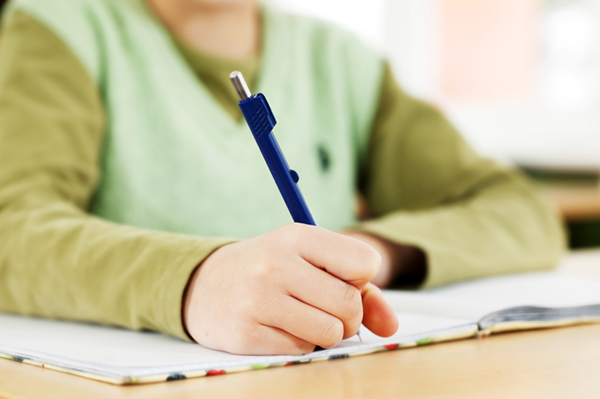 A “how to fall in love” list, written by two Boston-area second graders, has raised the eyebrows of nearly everyone who reads it — and has also raised serious red flags. Why? Because the list is more grown up than it should be, and people are questioning what these children have been exposed to.

Edward Scheinman, the brother of a second grade teacher, tweeted out an image of a list two students penned during free time at school. The teacher wanted to remain anonymous (as well as keep the identities of her students quiet) and once you read the list, you’ll understand why.

You might expect a list about falling in love to include notes about flowers, going to a movie or dining out. Yet, this list dives quickly into, “You go in bed and do sex.” On the fourth step. The list goes on into further detail which you can read on the original tweet. He said that the list is “the best thing you’ll read all day.” However, many parents are downright horrified by what they read.

We talked to Cathy, who is a former teacher. “Finding something like this would have been big red flags,” she explained. “Parents would have been called and the girls would have been talked with. Sex talk at such a young age is really troublesome to me. I realize that we are inundated with sex these days, but they were referencing licking and sucking… and laying down having sex. That is not cute. That is inappropriate for 7-year-olds, period.”

Stacy, mom of three, agreed. “If this were my child I would absolutely want to know that she wrote this list,” she told us. “My husband and I are affectionate around our children, which I think is important, but we would never display this type of behavior. We would have a long talk with our child, and then reevaluate the types of shows they’re watching. I really don’t think it’s cute.”

A commenter on the ABC News story felt that something needed to be done — besides taking a photo of the paper and tweeting it. “This is far more disturbing than it is ‘cute,’” the commenter wrote. “Any 2nd grade teacher who does not take some kind of action over this needs to be removed from the classroom.”

However, not everyone was disturbed by the note and its contents. Another commenter wrote, “I see nothing unusual about what these kids wrote and it seems to be what most kids that I kniow [sic] that age would probably write. Kids are aware and smart. They told it like it is, as children are wont to do.”

And Danielle, mom of two, felt it still needed attention, but that overall it wasn’t a huge deal. “I knew of ‘sex’ at age 7… and it wasn’t from my mom, but a cousin,” she remembered. “And for me at that age, ‘sex’ was a forbidden word, and when anyone said it, it was funny. It’s better, in my opinion, that they know about it than be curious and uninformed at all.”

Either way, questioning the teacher’s professionalism is totally relevant, and with the revival of the piece, this teacher and her brother may reconsider what they take photos of and tweet out for the world to see.

More on kids and sex