Sometimes finding out about a child’s life can be painfully difficult. As parents, we’re often quick with the questions but honest answers sometimes trickle out at a slower speed. 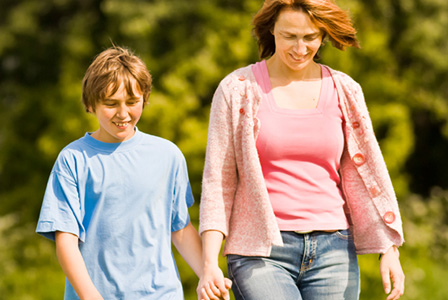 According to a recent edition of Psychological Science, you may want to start chatting in the morning — if you want the truth.

When you want answers from your child, you may carefully craft specific questions that strike the perfect balance between prying and caring curiosity. While the content of your conversations is important, you may also want to pay attention to the time of day during which the conversation takes place. A good rule of thumb? The earlier, the better.

When you dedicate yourself to researching ethical behaviors, you probably gain a new perspective on lying, cheating and stealing. When researchers Maryam Kouchaki of Harvard University and Isaac Smith of the University of Utah’s David Eccles School of Business asked if the time of day has an impact on the way in which people respond to ethical dilemmas, they may have had an idea of the answer they’d find. “We noticed that experiments conducted in the morning seemed to systematically result in lower instances of unethical behavior,” they explain. And so, a new study was born.

Find out what to do when kids experiment with lying >>

The results of the study support the theory that ethical behavior is more prevalent in the morning. The researchers coined the term “morning morality effect” to describe this phenomenon. “Unfortunately, the most honest people, such as those less likely to morally disengage, may be the most susceptible to the negative consequences associated with the morning morality effect,” they explain. “Our findings suggest that mere time of day can lead to a systematic failure of good people to act morally.”

Do you wonder if you can trust your teen? >>

Every parent would love to say that their kids are totally and completely ethical, but even the best children experience moments of weakness when a fib or two are able to sneak in. “I’ve never taken the time of day into consideration when I’m asking important questions but it does make sense to do so,” says Kristen, a mom of a 7-year-old boy. “I definitely see a difference in my son’s attitude and behavior throughout the day. In the morning, he is usually calm and willing to talk — as long as we aren’t rushing to get out the door — but when he gets home from school, conversation is a huge challenge. He barely wants to say two words and his energy level crashes.” As the day goes on, it may be more difficult for a parent to tell if a child is lying and easier for a child to lie.

As parents, we want our children to succeed, to communicate and to develop an appreciation for a strong ethical backbone. In order to avoid the temptation to lie parents may want to take the morning morality effect into consideration. The aforementioned researchers explain, “Whether you are personally trying to manage your own temptations, or you are a parent, teacher or leader worried about the unethical behavior of others, our research suggests that it can be important to take something as seemingly mundane as the time of day into account.”

Read more about kids and morality