A few years ago, I was sitting at brunch with my family of three. Our 1-year-old daughter sat chatting in the high chair while my husband and I enjoyed some much needed mimosas on a late Sunday morning. 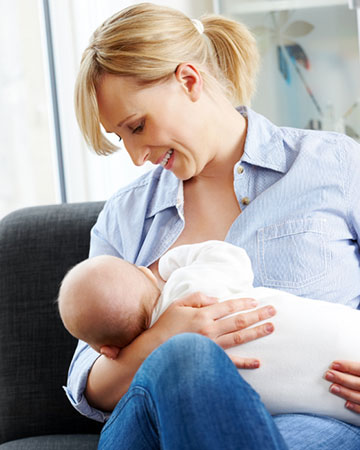 It was early spring but the sun was so hot that I had to run down the street to find some sunscreen in a nearby store so my strawberry blonde, blue-eyed bobbin wouldn’t fry.

After chatting with a group of baby-clad ladies at the table next to us, I offered them the bottle of lotion. Their babies were all smaller and newer than mine. Having never used sunscreen on their porcelain skin before, they hesitated, scanning the label for parabens, the same as I had done a few months earlier. We talked for a few minutes about babies and the band Phish (one of the babies shared their name with the lead singer and our daughter’s name is a song by the band). Then one by one each baby got fussy and all three mothers began to nurse.

My husband and I made our way back to our own conversations and I couldn’t help but admire that all three women were confident enough to nurse outside a restaurant on a busy city street. Nursing covers were a drag, I knew and it was too hot to wear one anyway — so I was glad to see them feeding their babies comfortably and happily. As new moms, they no doubt had earned the social time with friends and a yummy Sunday brunch without taking turns in the car or the bathroom.

I had nursed in public too, on occasion, but was sometimes too self-conscious to bare it all. I felt like people were staring at me and in truth, they probably were. Naked, nursing breasts just aren’t something we see all that often, unless we’re behind closed doors or in a women’s dressing room. I’ve seen moms sweating under nursing covers, hiding in restroom bathrooms while everyone carries on without them and stuffing their baby’s heads under their shirts to nurse, sure. But bare boobs, you just don’t see.

As we finished our breakfast, the ladies all went their separate ways and within a few minutes, we heard some chatting nearby. Another table had apparently been highly offended by the brave mothers I had admired. “That was so uncomfortable for everyone!” I heard a young man, maybe 21 or 22, say, and his party agreed.

Given they were speaking loudly enough for everyone to hear, I couldn’t help but speak up. “Baby’s gotta eat!” I told them. But they protested that she should have gone to the bathroom, making feeding a child sound like a vile thing. I knew there was no sense in arguing. This group of people didn’t want to understand my point or a new mother’s journey.

This is a sad truth for nursing moms. So many want to feed their babies this way, yet give up because nursing becomes difficult, inconvenient. And while nursing can certainly be difficult and inconvenient on its own, the greater public shouldn’t contribute to that happening by smacking down moms who are doing it. Yes, nursing can be stressful. But isn’t it more stressful because we feel we have to cover up, run, hide and disappear from civilization every time our babies cry? Breasts are what made civilization in the first place! I think they deserve a little more clout.

One of the draws of nursing should be the lack of stress. I mean, of all the things for a mom to remember, you can never forget your boobs! You don’t have to pack them up like a bottle, a can of formula and an ice pack. You don’t have to scrub them and sanitize them and hope you’re giving them the right amount. Nursing can be hard. It can feel like a full-time job, especially in the early stages. You need to take good care of your body and stay hydrated and you can’t go drink a handle of vodka. But there are so many reasons why nursing should be easier, too — but it’s not.

Moms who nurse in public are ridiculed for putting it all out there and shamed for doing something amazing for the health of their child. They are stared at, gawked at and told they are making people uncomfortable by feeding their child the way nature intended. While baring your breasts to nurse a child in public is legal in 45 states, women have been kicked out of restaurants, told to cover up and even arrested for nursing. According to a 2004 article in the New York Times, about 12,000 women a year get arrested for nursing in public and it doesn’t seem like that much has changed since then. While I never thought I would get emotionally fired up over nursing, I kind of am.

Nursing in public is not just a mother’s issue, it’s a human rights issue and a feminist issue. We have to be brave to do it and go completely against the grain in this day and age. We have to put our babies first, who may have far greater success with nursing if we weren’t busy hiding their heads under blankets and covers. If we could see their faces, help them learn to latch and get comfortable with our bodies — no matter who is watching — perhaps other moms would follow suit.

48 mins ago
by Taylor Plumstead