ADHD diagnoses and stimulant prescriptions are common in classrooms across the nation. One doctor, however, has taken the controversial stance that ADHD isn’t real and should never be diagnosed. 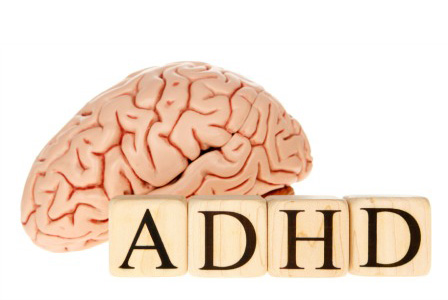 Chances are you know someone — adult or child — who has been diagnosed with ADHD. Neurologist Richard Saul, however, has a new book coming out that states that there really is no ADHD. In fact, treating ADHD instead of assessing for the “real” issues is a huge problem for the children and adults who suffer from the symptoms.

Do you think that ADHD is real, or is Dr. Saul on to something with this theory?

ADHD in the DSM

Attention deficit disorder was first described in 1980 and appeared that year in the American Psychiatric Association’s Diagnostic and Statistical Manual (DSM). The term was changed to ADHD several years later and diagnostic criteria has expanded over the last few editions, which has resulted in a significant uptick in diagnoses.

The number of children with an ADHD diagnosis has gone from 7.8 percent in 2003 to 11 percent in 2011, and two-thirds of those with the diagnosis are prescribed medication. Dr. Saul, however, has evaluated many adults and children in his practice and has been able to uncover other culprits behind their poor behavior and believes ADHD should be removed from the DSM altogether.

Some moms we spoke with think that Dr. Saul is misguided and unrealistic. “I think this dude needs to go back to school!” shared Ashley, mom of four. “ADHD is real and does exist. There may be misdiagnosed cases just like anything else… but saying it’s a crutch and caused from other things such as needing glasses is absurd!”

Jana, mom of one, agreed that there are true cases of ADHD, but feels that many are diagnosed incorrectly.

“There’s some research that suggests that a lot of ADHD is just a mismatch between learning style (we now expect little kids to sit quietly at desks and follow directions) versus what 5-year-old boys are developmentally capable of,” she explained. “They look hyperactive because they can’t sit still, but they can’t sit still because many aren’t developmentally there yet. So we diagnose them as ADHD and pump them full of drugs so that they fit better into the education system.”

Amanda, mom of four, agreed. “I think that he is too extreme in his views, but I do agree that delving further into a patient’s life to uncover exactly what is going on is an excellent idea,” she told us. “I think doctors would do their patients a better service if they determine who really has ADHD, who is displaying similar symptoms but has something else going on — instead of filling out a two-minute checklist and writing out a script with little thought.”

Parents whose children really benefit from therapy and medication, of course, feel that Dr. Saul is a dangerous threat. But they agree that the over-diagnosis of the disease has done them a disservice as well as those who have other problems that are cloaked by the diagnosis itself. While Dr. Saul’s stance is controversial, maybe this is what’s needed to help medical professionals, parents and patients make better decisions in regards to potential ADHD.

ADHD: The debate continues
The difference between bad behavior and ADHD
Outdoor activities for kids with ADHD and autism