Tired of stepping on LEGO bricks and losing pieces? We’ve rounded up 10 clever ways to store and organize your child’s LEGO collection so you can get more fun out of your bricks.

LEGO messes aren’t just annoying — they’re borderline dangerous. Nothing is quite as excruciating as stepping on a LEGO brick with bare feet. To make matters worse, it’s frustrating when kids lose all the parts of pricey LEGO building sets. To streamline your LEGO experience, we’ve gathered 10 effective ways to store and organize LEGO bricks. Whether you prefer sorting them out or just keeping LEGO bricks off the floor, these solutions have you covered. 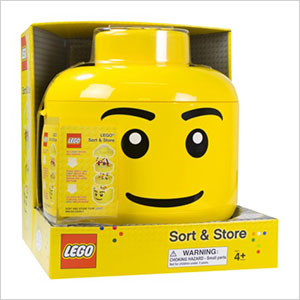 Little ones will get a kick out of this LEGO storage head that sorts bricks. It’s a good solution if you only have a few LEGO sets. If your LEGO collection is much larger, you’ll probably need a bigger storage system. (Target, $35) 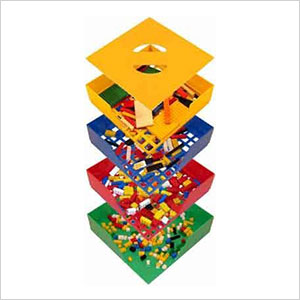 For kids who love making their own LEGO creations, sorting is crucial. The clever BOX4BLOX system sorts LEGO bricks by size to get your organization started. You’ll still need to sort smaller pieces and specialty pieces by hand, but it gives you a good foundation. (Amazon, $40) 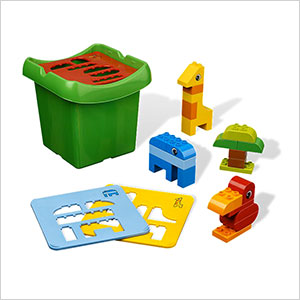 Teach toddlers basic organizing skills from an early age with a creative sorter that lets your LEGO and Duplo bricks do double duty as sorting toys. (Amazon, $12) 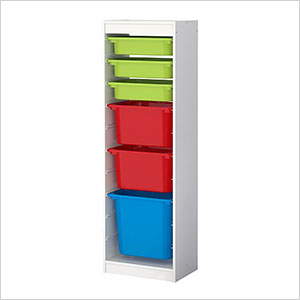 Trendy trofast colored storage drawers are perfect for sorting LEGO play sets. Store one set per drawer or sort the bricks and store them by color or size in each handy drawer. (Ikea, $62)

Find out why this mom seeks equality in LEGO minifigures >> 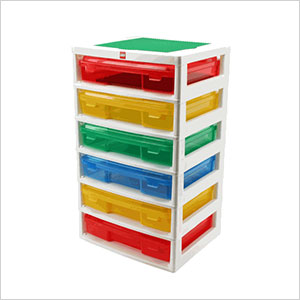 Build right on top of this workstation storage unit with color-coded drawers that are great for keeping individual sets separated. (Organize, $55) 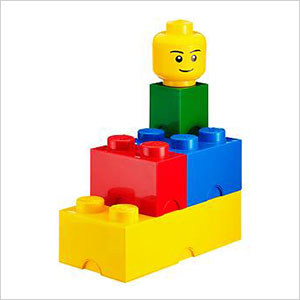 Create a cute visual with small storage bricks that hold LEGO bricks and stack together just like the real thing. These will help encourage kids to clean up. (The Container Store, $8) 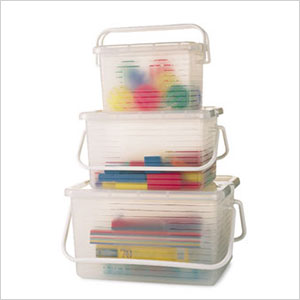 When you’re not into fancy sorting and you just need all those LEGO bricks out of your way, shove them into clear totes that show you what’s inside so you don’t mix your LEGO containers up with the rest of the toys you’re trying to keep off the floor. (The Container Store, $12 to $17) 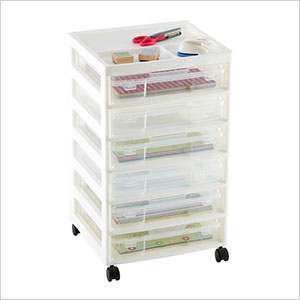 Repurpose a scrapbooking rolling cart with drawers for the serious LEGO fanatic in your life. The thin drawers allow LEGO bricks as well as instruction booklets to be stored neatly. (The Container Store, $59)

Find out how to get the toys off the floor >> 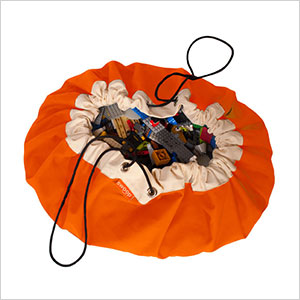 Let’s face it — some kids will never embrace the concept of organizing. The swoop bag is perfect for kids who just want to dig in and play. Open it and it functions as a play area. Cinch it and all the LEGO bricks are stored stylishly. (Swoop Bags, $48) 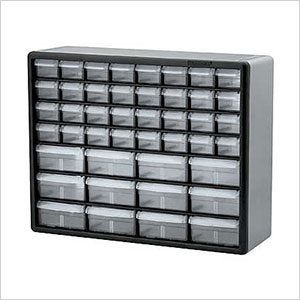 Does your child have dozens of minifigures, LEGO weapons and other small parts? Invest in a small part storage cabinet that’s just like the ones employees use at the LEGO retail stores. (LEGO Education, $30)