The upcoming animated film The Nut Job is not only hilarious but has an all-star voice cast that will help make it just as funny for parents. Can you name all of the actors in the movie? 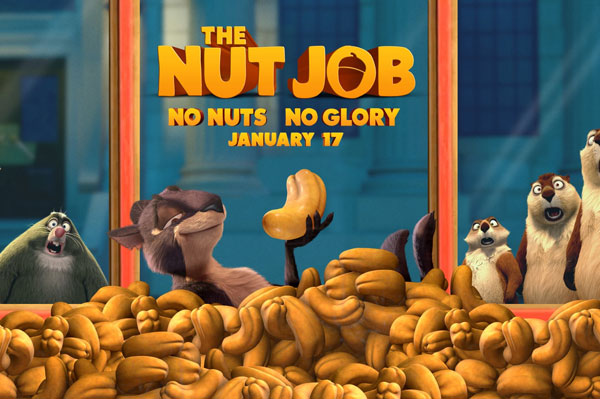 How much do you know about the A-list cast of The Nut Job? Test your knowledge with our quiz! 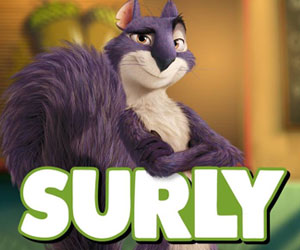 A curmudgeonly squirrel is banished from his park and sent to live in the big city. Don’t let his scowl fool you, though. Surly will save the day!

1. This funny guy with a sexy deep voice once dated Liz Lemon on 30 Rock and recently landed a gig on Best Buy commercials. We heard it through the grapevine that this recently divorced stud also speaks fluent French.

Answer: A) Will Arnett, as Surly

2. You may know this actor best as George (of the jungle), but he’s been in dozens of other films and televisions shows, too. One of his first big breaks came when he starred in Airheads. Later, he went on to star in the blockbuster The Mummy and its sequels.

3. Joining The Nut Job boys club is a girl who has kissed Josh Duhamel, Gerard Butler, Seth Rogen and Ashton Kutcher. Not bad, huh? And to think she got her first big role on a show about aliens (Roswell) and then went on to kiss at least three guys on Grey’s Anatomy.

4. This legendary actor is often impersonated but never mocked. One of his first jobs was as a forklift operator, but it wasn’t long before this Irishman was on to bigger and brighter things. He’s also the voice of Narnia’s Aslan and once starred as the Irish revolutionary Michael Collins.

Answer: B) Liam Neeson, as Raccoon

5. You know this man’s name, not because he’s a famous actor but because you’ve no doubt heard his many hysterical voices, which often back up puppets. That’s right, he’s a comedian. Still have no idea who it is who’s arguing with himself? Silence! I keel you!

Answer: A) Jeff Dunham, as Mole

How did you do? In the end it doesn’t really matter how well you did, anyway. All that really matters is that you catch these hysterical actors voicing your favorite park-inhabiting creatures when they hit the big screen in The Nut Job.