These days animated films aren’t just for kids. They’re something the whole family can enjoy. We’re especially excited about these 2014 animated releases. 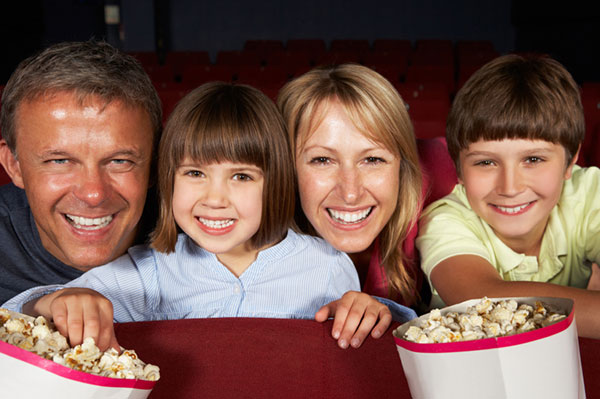 Animated movies aren’t just “cartoons” anymore. They’re like real life — but you know, they’re more colorful and the animals talk. With a new year upon us, so, too, is a whole slew of animated features. Be sure to add these flicks to your movie-going game plan.

When Surly the squirrel is banished from his comfortable life in the park, how will he survive in the city? By robbing a nut store, obviously. It comes stocked with a hysterical plot that will keep your kids giggling and an insanely talented voice cast (Will Arnett, Liam Neeson, Katherine Heigl and more).

If The Great and Powerful Oz was just a little too mature for your kiddos, we have the answer. Legends of Oz is an animated reimagining of that wonderful world and it looks particularly kid appropriate. (Yes, the scarecrow is Dan Aykroyd.)

With the first one such a massive hit last summer, Disney Pixar wasted no time pushing out another adventure of the always hopeful and passionate little crop duster Dusty. And don’t worry, we don’t think they’ll catch the “Honkers” joke for another several years.

There is so much to love about this movie! For smart grown-ups, you’ll immediately understand the social commentary behind the story of a dog adopting a child. The kids will pick up on just enough to understand the “be nice” message but mostly enjoy the adventure.

Eep! The moment Disney decided to start making Tinker Bell movies was probably the greatest moment of our lives. But what happens when a pirate makes Tink and friends switch jobs? Can you still call Tink Tink if she doesn’t, in fact, tink anymore? Hmm….

They’re baaack! Splinter, April, Raphael, Michelangelo, Donatello and Leonardo are returning for a brand new movie that mixes animated turtles with real-life humans. This is absolutely perfect for the slightly older kids and their dads will love April O’Neil (played by Megan Fox).

Based on the kids book Here Be Monsters by Alan Snow, an orphan is raised by trash-collecting creatures who live underground. Made by the same people who did ParaNorman and the amazing Coraline, The Boxtrolls should be dark but lovely.

How to Train Your Dragon 2

It’s been five years since the last time we saw Hiccup and Toothless. Does that make you any less excited to see them? We didn’t think so. Kristin Wiig, Cate Blanchett, Kit Harington and Gerard Butler all voice this magnificent new film starring old friends and it is perfect for all ages.

Rio 2 is the brightest, loudest and most colorful of 2014’s animated selections. This one sees Blu and Jewel taking their baby birds on the trip of a lifetime through the Amazon jungle. Adventure and hilarity ensue, just like last time.

We adore Chris Pratt. But let’s be honest: We definitely could see him as a construction worker. Morgan Freeman as a God-like character is a close second for the best casting ever, too. The Lego Store will have movie-themed Lego characters, right? We want them for our desk kids.

Which film are you most excited about? All of ’em, right?

Bond with your kids over their break
7 Family fun ideas in the great outdoors
Go wild! Volunteer vacations to help wildlife