A traditional situation turned into a unique one for this Oregon family, and now with a large business to run, the mom in the family works while Dad stays home. 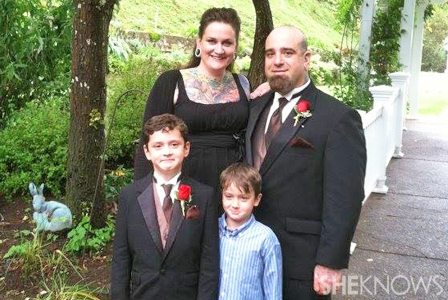 Jo lives in Oregon with her husband, Georg, and her sons Aiden and Cooper. They are a happy family, but not a traditional one — Jo works in one of her family’s business locations while Georg stays home and holds down the fort. Together, they operate nine piercing and tattoo shops in Oregon, Arizona and California. What makes this family tick?

Jo said that Georg took over ownership of the business in the late ’90s and they met in 2000. At the time, she was employed as a phlebotomist. A few years later, she started working for his business. “When I started working at the shop, we only had two locations in small college towns in Oregon,” she explained.

Jo had just started a piercing apprenticeship in 2003 when she found out she was expecting their first baby. She decided to pause her apprenticeship and continue to work reception while Georg pierced full-time hours.

They had originally planned for Jo to go back to work and Georg to stay home but it didn’t work out quite that way. “While pregnant I was so sure that three months after he was born I would be chomping at the bit to go back to work,” she remembered. “I was totally that cliché mom — I was not maternal — stay-at-home mom life wasn’t for me… and then a squirmy, gooey baby was placed on my chest and all that went out the window.”

She decided that she wanted to spend every moment with her new baby, and they decided financially that they could swing it for Georg to work full-time and for her to stay home. Once he was school-aged, she would go back to work part-time and Georg would be a stay-at-home dad. “We found out I was pregnant with Cooper right around Aiden’s first birthday, and discussed resetting the clock and I would wait until Cooper was in kindergarten before returning to work.”

Jo wound up returning to work part-time working the counter a few months before Cooper started school. And there was business growth that the family was able to enjoy, as well. 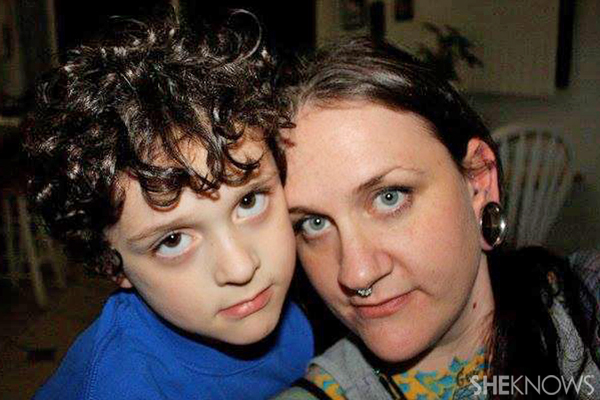 “While I was a stay-at-home mom for almost seven years, Georg was growing the business from two shops to three, then five and on it went,” she shared. “This made it possible seven years later for him to draw a salary as president of the company — and to be at home to get the kids off the school bus and take them to their after school activities. I gradually started working more hours and taking on more responsibilities at work and we have been operating this way for almost three years.”

She admits that the kids weren’t happy about the arrangement in the beginning, and the first year was tough on everyone. “I sometimes feel sad that I am so much less involved with their day-to-day — they are growing up so fast!” she explained. “I will admit that I am a wee bit of a control freak and it was really hard to have to come to the realization that the schedule the kids and I had was not necessarily going to be kept when I wasn’t around… and for me to be OK with that.”

As with many couples, both she and Georg parent differently and she had to work on keeping in mind that he also has their best interests at heart, and that no harm would come to them while she was away.

“Best of both worlds”

Jo is really happy with their family life and how it’s all worked out. “I feel like I got the best of both worlds,” she told us. “I was lucky enough to be able to stay home with them from birth until seeing them off on the school bus. I was there for all the firsts — first tooth, first words, first steps. I was able to breastfeed them both into toddlerhood. I made my own baby food and read books to them all day and kissed them a million times a day all day long.”

And while she was working as a stay-at-home mom, her husband was able to put a lot of focus on growing the business and creating a stable future for their family. “Now that the boys are older, I am able to return to doing what I love and feeling good about earning a paycheck and advancing my skills while knowing they are in the best possible care (other than me),” she reflected. 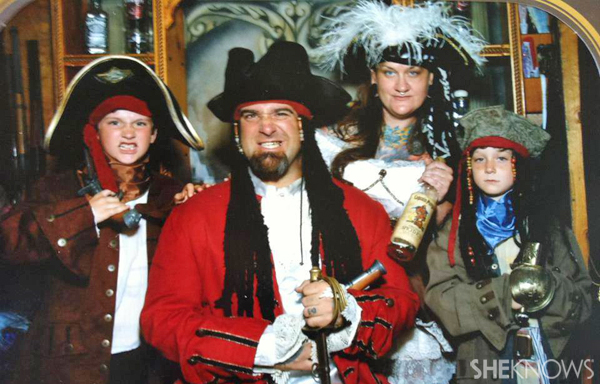 “Georg is a great dad and he thrives having these boys. The baby years he had more of a backseat role with parenting because I was very focused on those kids and they on me — mama’s boys if you will. Now that they are 7 and 9 he is in his element with them. He coaches their soccer teams and jujitsu training. He goes on field trips with their classes and does homework with them and sometimes even cooks me dinner.”

She said that she’s not an expert on parenting, but she urges families to make decisions that work the best for them and enjoy each moment as it arrives, for as we all know, this time goes by so fast.

11 hrs ago
by Christina Crawford