It’s not really a matter of if your kid will touch themselves —  it’s more a matter of when. Once you catch them in the act, then what? Even though you may be initially shocked, you will realize this is normal behavior. 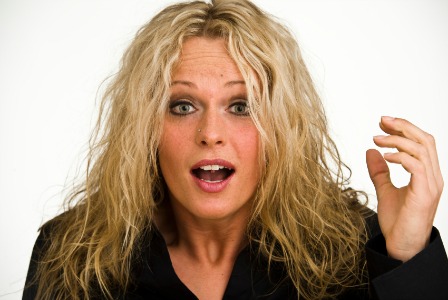 And yes, by everyone, they meant your kid too.

Before you freak out, I want to talk to you parent-to-parent. One of my kids (I won’t say which one, because I only have two) started playing with their business about the time they were old enough to sit in the tub. I’d look down and invariably my little one would be playing with their parts.

I knew they were too innocent for it to mean anything, so I didn’t make a big deal about it. To me it smacked of the same fascination they had with picking their nose. It wasn’t really appropriate, but it wasn’t worth getting worked up about either.

When my child was 4 years old, they kept sticking their hands down their pants. At first I just kind of addressed it by saying, “It’s OK if you want to do that, but you should do it in private, in your room.” I thought I was being pretty cool by dealing with it that way. That child lost interest, presumably because they were too lazy to go to their room.

The truth is, kids like playing with their bodies for much the same reason we do. It feels good. They aren’t being perverted or weird or lewd. They just walk through the first few years of their lives thinking their bodies came with toys that are put there for their immediate and ongoing pleasure.

Just to make sure I wasn’t making light of what could be something harmful (because all us parents like to work ourselves into a lather about potential mistakes we’re making), I consulted with the school therapist. She happens to be my friend as well and when I told her what was going on, and asked if I should be concerned, she laughed — in my face.

“Kat, that’s what kids do because it feels good.”

She shrugged. “If they start doing it while they are talking to their grandparents, just give a gentle reminder about time and place.”

“Yup. That’s it. Children are sexual beings, which is not consistent with our puritanical background, so it freaks us out.”

When you catch your child fondling themselves, don’t make a big deal out of it. If you overreact, they will think they’ve done something wrong. That shame will be tied to who they are as sexual beings, and then you’ll have problems down the road that are far bigger than a child checking themselves out.