It’s one thing to become a single mom after ending a relationship with a partner. Imagine choosing to be a single mom from the start. These “choice moms” did, and share the joys and challenges of choosing single motherhood. 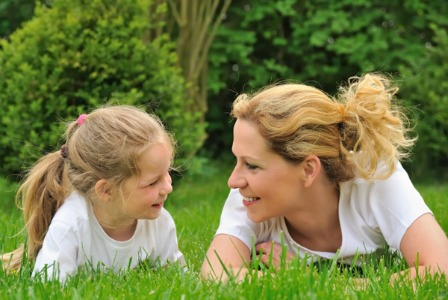 Chances are you know — or may be even be — a single mom by circumstance. Whether due to the breakup of a marriage or serious relationship, death of a partner or an unplanned pregnancy, many women find themselves parenting alone.

Still, there are women who choose to become single moms by pregnancy or adoption. If you’re considering single motherhood or wondering why women would want to take on the daunting task of parenting without a partner, meet these proud “choice moms.”

What exactly is a choice mom?

Mikki Morrissette, founder of ChoiceMoms.org and author of the award-winning book, Choosing Single Motherhood, says, “Many know the term as ‘single mother by choice’, but I coined the term ‘choice mom’ in my book because we don’t necessarily choose to be single, but we do choose to be moms.”

Roberta G. is a choice mom to an 8-year-old daughter. She explains, “When I got divorced at 31, I told myself that if I didn’t meet someone by the time I was 35 I would get donor inseminated. But then 35 came and I decided to give myself a little more time. Three months before my 38th birthday I decided I would definitely do it, and then about eight months later I started the process — having the recommended tests done and searching for the right donor. I got inseminated twice in July 2003 and gave birth nine months later.”

L.B. is a choice mom-to-be. She says,”I decided to become a single mom by choice after many years of unsuccessful dating and realizing that my time was running out to have this dream of having children fulfilled. I had always hoped to have a family of my own as a first choice. I didn’t want to have a child with anyone just for the sake of having one. I think those types of situations can be very stressful for the child, especially when the parents don’t have any love between them. I made the decision about four months ago to move forward with foster to adopt. “

Learn more about adopting as a single mom >>

Dealing with the reaction of friends and family

Many women may be concerned about the response from friends, relatives, co-workers and other associates. However, you may find that support and admiration comes from some unexpected sources.

Roberta tells us, “A surprise supporter was an elderly relative who I was hardly in touch with — my father’s 75-year-old cousin called me to tell me she was so happy and proud, and that she wished women of her generation had the same opportunities because she remembered too many single friends who never had kids and had regretted it all their lives. Her call changed my life!”

Cynthia S. is a choice mom to her 17-year-old daughter. She says, “As I recall, some people thought my decision was kind of strange and assumed I was ‘settling’ by having a child on my own, instead of waiting to have a partner to have a child with. That was not the case. My desire to have a child was very strong and I wanted to make sure I tried before my body would no longer cooperate with my efforts.”

What about the child?

Many people believe that children are better off with two parents, but these choice moms — and their kids — do just fine.

Roberta says, “Those people are no more qualified to be a parent than I am. In fact, as I tell my daughter — when I decided to have her I had done more soul searching than most, because I knew it would be that much more challenging for me to raise her alone! My daughter will never question whether she was brought into this world out of sheer love — she was not a mistake, she was not unplanned — on the contrary, she is the most desired and planned thing I have ever done!”

LaKesha W.,choice mom to her 8-year-old son says, “The most important thing for people to consider is whether the child is in a nurturing environment, regardless of the number of parents in the household.”

Every mom, whether she’s a single mother or not, needs a good support system to raise a child.

“Many choice moms see parenting as an opportunity to create a village of love and support and community — for ourselves and our child — and bringing a variety of role models, elders, close friends, neighbors into the fold as part of our support network is a lovely way to grow up, too, ” says Morissette.

LaKesha shares this advice for choice moms-to-be. “It is a huge responsibility and as a single parent, you will be solely responsible for that child. Be intentional. Think about your life and how it will have to change so that you can be the best parent possible.”