What do you really know about social media? It’s consuming your teens’ time, so take time to learn the numbers. 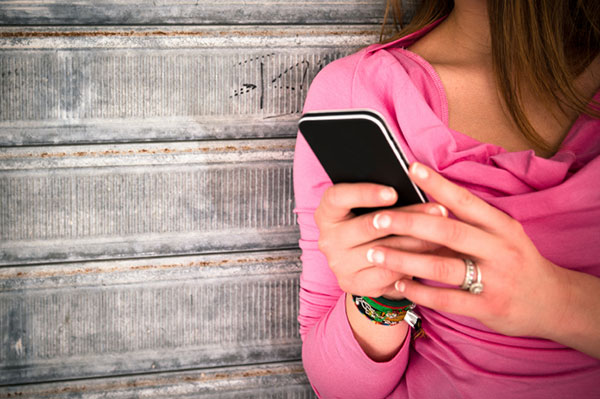 Despite what the local news would have you believe, the internet and social media aren’t exactly awful. In small doses and when monitored by an adult, there’s no reason your teen’s social media use should be cause for concern. That said, we think there are some statistics worth noting.

A recent study by the Pew Research Center found that between 2006 and 2009, the percentage of teens who texted daily doubled from 27 percent to 54 percent. That wouldn’t be quite so disconcerting if not for the fact that during that same time, the percentage of teens who used a landline to communicate with friends dropped 9 percent, email use dropped 3 percent and instant messaging dropped 4 percent. Those numbers are small, but what happens if they continue to drop? Are we raising children who are incapable of holding an actual conversation or writing a long-form letter?

This fact shouldn’t shock you at all. We’re sure you take time to consider how your posts will be perceived by your friends. What is concerning, though, is the ways girls choose to look cooler. The Girl Scouts of America did a study that suggests 74 percent use social networking to make themselves look cooler with other girls. The study also suggests girls accomplished this by downplaying personality traits such as intelligence, kindness and efforts to be a good influence. In other words, our girls think being “cool” means being dumb and mean.

That same Girl Scouts study found another alarming fact. While 85 percent of girls say their parents have talked to them about social network safety, 50 percent admit they aren’t as careful as they should be when using those sites.

While social networking usage hasn’t decreased in recent years, the way teens use it has. The 2009 Pew study found that only 52 percent of teens make an effort to comment on their friends’ posts and blogs. That’s down from 76 percent in 2006. Since usage isn’t down but commenting is, it’s safe to assume teens use social media to post about themselves but not necessarily as a way to connect with their friends. Supporting that assumption, Pew found that the use of messaging via social networking sites has decreased significantly amongst teens.

Since Pew’s 2009 report, the number of teens who use Twitter has more than doubled to 26 percent in 2011. That seems impressive until you compare it with Facebook, which pulls in 94 percent of the teen population. To counter those numbers, though, while Facebook has the biggest numbers, Twitter is the preferred site. Piper Jaffray surveyed several thousand teens and found that 26 percent say Twitter is their favorite social media site, eclipsing Facebook and Instagram by 3 percent each.

Pew also investigated cyberbullying and its findings are incredibly disheartening. It found that 95 percent of teen internet users say they have witnessed bullying on social media and 55 percent say they witness it frequently. Making matters worse, 66 percent of teens say they’ve witnessed others joining in on the bullying and 21 percent admit to jumping on the bandwagon. An alarming number of teens (90 percent) have witnessed bullying but chose to ignore it. Of those bullies, 59 percent have been girls.

We, as parents, aren’t much better. Pew found that 33 percent of all teens who use social media have been the victim of cyberbullying, yet only 7 percent of surveyed parents claimed to be concerned about the issue.

Now that you know these facts, are you more or less concerned about your child’s internet use?

More about social media and your kids

Is your teen inappropriate on Facebook?
How to help your kids break the screen habit
Teen sexting — What parents can do