Picking out a baby’s name is hard, but what if you made the wrong decision? These moms share why they don’t really care for their baby’s name. 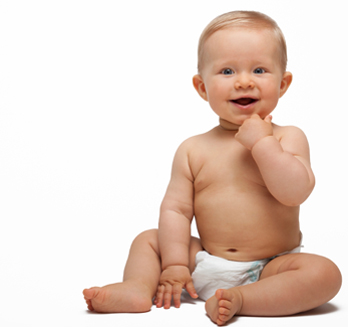 This name is no longer quite right

When the baby’s name doesn’t fit

Picking out a baby’s name is hard, but what if you made the wrong decision? These moms share why they don’t really care for their baby’s name.

One of the first decisions you will make for your child is choosing a name. Some parents have names picked out early on in pregnancy — and sometimes even before — and others debate name choices up until delivery day. You have decided on a name, finally, but what if you realize that it wasn’t the best name for your little one? These moms confess!

Some moms loved their baby’s name at first, but naming trends and other issues made the decision seem like a poor one in retrospect. “I hate my daughter’s name MadiLynn,” shared Rachel, mom of two. “I love the spelling, but I hate how common her name is! Everyone I know has a ‘Maddie/Madi’. My daughter is not a MadiLynn, Madeline, Madison or any of those. Her name, to me is Madi-Lynn. But the only person besides me that ever calls her that is my mother, and I can’t stand my mother! I wish we could change her name, but we can’t. At least she has two middle names that we can call her by later.”

Cindy, mom of two, had similar regrets. “I wish we would have put a little bit more thought into my daughter’s name,” she said. “It was an impulsive decision and we didn’t fully comprehend how annoying having kids with rhyming names would be. It gets pointed out to us almost daily that their names sound the same. I don’t dislike it, just regret it.”

“It’s not necessarily that I hate the name, I just don’t think it fits him,” explained Tara, mom of three. “He’s almost 9 months, and I still haven’t figured out what to call him. He was named after his dad, but I think his personality is his own and he should have been given something to match. It’s hard to explain… I just don’t see him as ‘Matt.’ I love the name Matt, Matthew — but I think my son is ‘Spiderman’ or ‘Batman.’ Just something a little more unique and not so traditional.”

Some moms even went to the length of getting their child’s name legally changed after the naming was complete. “We legally changed Maggie Elizabeth to Magnolia Frances Elizabeth when she was a few months old,” shared Aubrey, mom of two. “I wanted two middle names from the beginning, but Mike didn’t. I found out that he didn’t have a good reason and I was changing her first name anyway, I added Frances. I didn’t like the ‘traditional’ longer versions of Maggie so decided to just call her Maggie. When she was born we started calling her Magnolia. It stuck and I decided to start looking into changing her name.”

Changing her name, fortunately, turned out to not be a big deal. “All I had to do was call the state of Missouri,” she explained. “They sent a paper for me to sign and have notarized. I sent $15 in with the paper for a new birth certificate. Within two months her name was legally changed.”

It’s hard to choose a baby’s name, and even harder to admit that maybe you made the wrong choice. Whether you get your child’s name legally changed, or decide to call her by her middle name or a nickname, you do have choices.

Did you ever have regrets after filling out your baby’s birth certificate?

Please note: Some names have been changed.