Pop culture is just one of many things that determine the latest baby name trends. Find out what we expect to see in 2014. 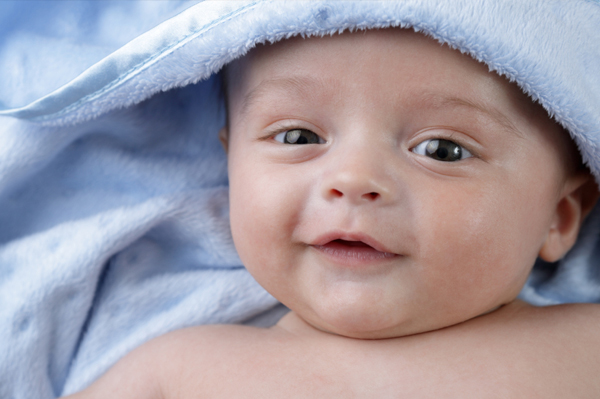 The word “hipster” may be a tad overused, but we foresee the concept affecting baby name selections. Hipster names are artsy and include restored antique gems (like Atticus and Caroline) as well as trendy newcomers (Greyson, Ember).

Explore your family tree for a fabulous assortment of baby name options. Look past those monikers that make a straight path (John, John Jr., John III) for fabulous vintage oldies such as Ada, Clementine, Florence, Minnie and Myrtle for girls and Arthur, Clarence, Herbert, Howard and Walter for boys.

This is a trend that celebrities have embraced in a big way. Some celebs pair a feminine first name with a masculine middle name, like these:

Others opt for masculine first names and feminine middle names:

Virtue baby names take us back to Puritan times. Parents hoped their children would take on the characteristics of these descriptive names. The trend resurfaced a few years ago for baby girls (Faith, Hope and Charity), and now we’re seeing a resurgence of virtue names for boys.

Pope Francis has delighted his faithful followers as a “Pope of the people.” Expect grateful Catholics to pay tribute to this holy man with the perfect baby name.

For boys, we’ll not only see Francis but also Francesco, Francisco and Frank. Girl names will honor the Holy Father in the form of Frances, Francesca, Francine and Frankie.

Popular two-syllable baby boy names have ruled the charts for over a decade, but that may soon change. Favorites such as Jacob, Mason, Jayden and Liam will see competition from much longer monikers.

We tend to associate names with generations, especially among girls. There are the millennial names, such as Heather, Ashley and Kailee, and the current Generation Z names like Isabella, Chloe, Sophia and Emma.

There are other names that call to mind Grandma (and Great Grandma), and these are the names that new parents are embracing for their baby girls.

As travel and technology expand, so does our access to countless wonderful places around the globe. Honor your favorite city, state or country with a clever destination baby name.

Herbs and spices names for girls

Be on the lookout for more delicious baby girl names inspired by delightful herbs and spices, such as Cassia, Cayenne, Cinnamon, Ginger, Lavender, Poppy, Rosemary, Saffron, Sage and Spice.

The Social Security Administration has been publishing popular baby name lists since 1880. These names are actively being searched but have never made the SSA’s Top 1,000. So, essentially, they’re brand-new names.

For girls, expect to see names such as Adelei, Bryony, Fiorella, Maven, Nera, Solstice and Zephyr.
For boys, keep an eye out for Adalius, Grey, Lachlan, Malone and Rush.

2 hrs ago
by Heather Marcoux