You might know Nikki DeLoach best from MTV’s Awkward or perhaps you remember watching her on The All New Mickey Mouse Club along with Justin Timberlake, Christina Aguilera, Britney Spears and Ryan Gosling — back in the day.

Related story Heidi Klum Just Doubled Down On Her Willingness to Consider Baby No. 5: ‘It Depends What Day It Is’
Nikki DeLoach is a Mommaloguer! 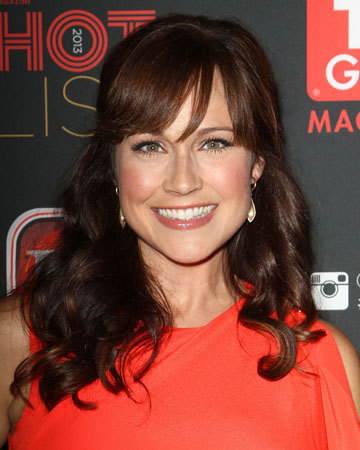 She’s an actress, an education advocate and she’s also a new mom. For the month of December, DeLoach is a SheKnows Mommaloguer!

For the month of December, Nikki DeLoach is SheKnows’ guest vlogger and she’ll be sharing her thoughts about life and motherhood along with our regular Mommaloguers. You’ll love learning more about Nikki as she talks being an actress and a mom, and all that entails. DeLoach will also share her thoughts about the holidays — from childhood memories to her favorite holiday foods.

DeLoach follows other celebrity moms that have raised their voices on the Mommalogues including Sheryl Crow, Heather McDonald, Danica McKellar, Melissa Rycroft, Tia Mowry, Alison Sweeney and many more.

Born in a small town in South Georgia, DeLoach began her career in the entertainment business at age 8. By the time she was 12, she was on The All New Mickey Mouse Club. After the show, she went on to work in the music industry (signing as a recording artist for RCA and BMG records) and was a member of girl group Innosense. DeLoach has worked as an actress in both film and television, appearing in a number of movies and TV series before landing her role as Lacey Hamilton on MTV’s Awkward in 2011.

Awkward, MTV’s No. 1 scripted show, has received praise and recognition from critics and viewers alike. The show has been honored with a Critics Choice Award nomination, a Teen Choice Award, a Youth Rock Award and the People’s Choice Award for Favorite Cable TV Comedy. The second half of Awkward‘s third season is airing now through mid-December, and an early season four renewal was recently announced.

The importance of education

DeLoach is an ardent advocate for education and works with various organizations that are committed to improving public education and the arts. Wanting to practice what she preached, she pursued her college degree while working in the entertainment industry. In the spring of 2011, she finally achieved her goal, receiving her degree in both psychology and English from the University of Maryland.

DeLoach married Ryan Goodell, who was a member of the boy band Take 5, in September 2009. She gave birth to her son, William Hudson Goodell on Oct. 22, 2013. This is the first child for Nikki and her entertainment lawyer husband.

Visit Mommalogues throughout the month of December to learn more about DeLoach. You can keep up with her on WhoSay as well at WhoSay.com/nikkideloach. Also follow her on Twitter at @nikkideloach and “like” her on Facebook.