We all know that childhood obesity is a problem that both parents and physicians are concerned about. Food choices, family history and activity levels all contribute to your child’s health and well-being. What if your choice to homeschool your child actually led to healthier eating habits and fewer weight issues? 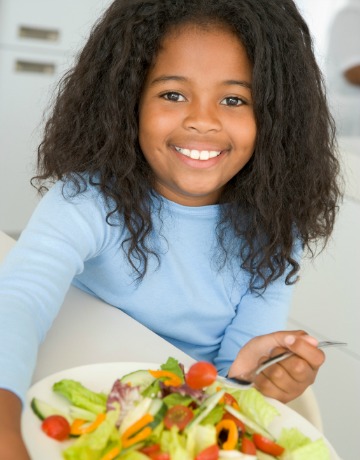 What if your schooling choice did impact your child’s health? Researchers were surprised to learn that homeschooled children have less body fat than their traditionally educated peers. What could be contributing to the differences, and what can we learn about childhood obesity from this correlation?

A team of researchers from both the University of Colorado’s Anschutz Health and Wellness Center (AHWC) and the University of Alabama at Birmingham looked at both homeschooled children and their traditionally schooled peers between the ages of 7 and 12. Researchers monitored physical activity levels, parents provided information on diet and the researchers measured participants for body fat. The findings were published in the journal Obesity.

The results are surprising

The researchers found that the homeschooled children and the traditionally schooled children had very similar activity levels, ate fairly similar quantities of food at home and also ate food of fairly similar quality at home. However, the researchers found that traditionally schooled children took in significantly higher amounts of calories, trans fats, sodium and sugar in the meals they ate at school. Kids eating at school also ate fewer fruits and vegetables and less fiber than did the homeschooled kids. The researchers did not distinguish between kids who brought a lunch to school and those who purchased a school lunch.

According to Science Daily, “‘Based on previous research, we went into this study thinking home-schooled children would be heavier and less active than kids attending traditional schools,’ said Michelle Cardel, Ph.D., RD, the study’s lead author. ‘We found the opposite.'”

The homeschooled children in the study had a significantly lower body mass index (BMI) and percentage of body fat, and they took in an average of 120 fewer calories per day than the traditionally schooled kids did.

What does this tell us?

So what do these findings mean going forward? For starters, data for this research study were collected during the period from 2005 to 2009, before new initiatives and guidelines aimed at offering healthier school lunch options were issued. If the same study were conducted today, the findings might be different, depending on how often kids eat healthy options at school nowadays.

“We don’t know if we would have seen these same results if we had included children who brought their lunch to school,” shared Cardel. “We think these differences may reflect the uniqueness of the home environment in home-school families but future research is needed to know for sure.”

Cardel has moved forward and is now researching what effects socioeconomic status and ethnicity might have on the food choices that are available to children in the home and how this all relates to childhood obesity in elementary school–aged kids.

If we want to have the greatest impact on how and what our children eat, setting a healthy example starts in the home. When kids are raised with healthy food on the table at home — and they see their parents eating those foods — they are more likely to make healthy choices when they are away from home. There will always be pizza, cookies and soda available at parties or special events, and it’s to be expected that children will want to eat those foods, too. Making healthier choices and balancing their diets over the course of a week lead to healthier bodies overall — and healthier habits for a lifetime.

How eating organic improves your child’s health
Is red meat safe for children?
Is your child living a healthy lifestyle?