So you’re planning a Disney vacation? We asked the experts to share their tips on where to stay, what to do and how to make the most of your trip to Disneyland or Walt Disney World. 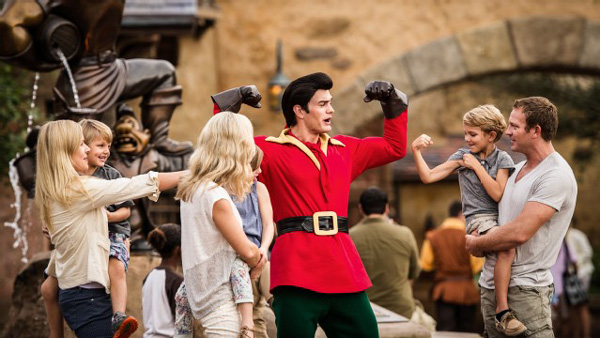 So you’re planning a Disney vacation? We asked the experts to share their tips on where to stay, what to do and how to make the most of your trip to Disneyland or Walt Disney World.

Travelzoo senior editor Gabe Saglie recommends staying on the property or at one of the Disney Good Neighbor hotels (Good Neighbor hotels are approved by Disneyland and maintain Disney-specified quality and service standards) within walking distance from the parks. “On-property hotels yield good perks, like exclusive entrance to the two parks (Disneyland and California Adventure), but the Disney resort options are far fewer — only three — and the price points tend to be much higher than surrounding hotels,” says Saglie. “The best value may well exist in the surrounding non-Disney hotels, many of which are walking distance to the parks.”

How to get there

If booking airfare, Saglie says the best days for scoring a great rate on airfare and hotels are Tuesdays, Wednesdays and Thursdays. Upon arrival at LAX, you’ll need to make your own way to your hotel. There is no Magical Express transportation provided by Disneyland — only Disney World.

For a more affordable alternative to flying, consider taking a motor coach tour to Disneyland. Karen Chorney of Alberta, Canada-based Golden Ticket Tours says her company offers an entire vacation package for what travelers would pay for just a plane ticket. “Check the tour companies in your area and see what is available — it may save you a substantial amount on your Disney vacation.”

Avoid the crowds by visiting Disneyland from January through March or September through December and skipping the busy summer months, weekends and holidays. Gavin Doyle, editor and founding partner of DisneyDose.com, says you’ll also score the best deals by visiting any time the kids are in school.

During the summer, roughly two-thirds of Annual Passholders (mostly locals) are blocked on Saturdays, so if visiting on a summer weekend, Saturdays are your best bet.

For a three-day trip, Chorney recommends visiting California Adventure on Saturday and Disneyland on Sunday because most guests tend to do the reverse. The third day can be split between both parks.

Get there as early as possible, making sure you’re in line 5-10 minutes before the scheduled opening. (Look into the Magic Morning option that allows Disneyland Resort guests and certain ticket holders to enter the park one hour before opening.) Why so early? Doyle says by being among the first guests to enter the park, you can often ride more rides between 8-10 a.m. than you can for the rest of the day.

Read up on FASTPASSES before your trip — they’ll significantly cut down your time waiting in line.

Upon entering Disneyland, Chorney recommends heading straight to Fantasyland early in the morning, especially if you have young children. “The rides in Fantasyland don’t offer FASTPASSes and they tend to get congested very quickly. Dumbo and Peter Pan are especially popular.”

When visiting California Adventure, head straight to Radiator Springs Racers first thing in the morning as Chorney says this is the hot ride in this park! “Don’t worry about getting a FASTPASS until later. Just get in line and ride it as early as possible. The FASTPASSes for Radiator Springs Racers often run out in the first hour that the park is open!”

Another way to skip the long lines is to use the single rider line that some of the rides offer. Only do this if everyone in your group is OK with riding alone!

If your family needs some down time during the day, head back to your room and go for a swim or put the kids down for a nap before heading back to the parks later in the day.

Need a break, but don’t want to leave the parks? Chorney says to look for indoor attractions that provide air conditioning. “Visiting the shops either in the parks or in Downtown Disney will also help slow the pace, but nothing beats a Dole Whip and a cool spot in the shade to enjoy it!”

Up next: Family’s guide to a 3-day Disney adventure at Disney World. >>