It’s not every year that a show as excellent as The Backyardigans comes along, but 2013 brought families several great new shows. Discover the best new kids’ shows that arrived this year. 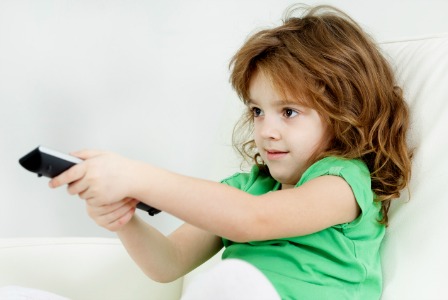 The fact is, our kids watch TV — and when they do, everyone is a lot happier when the programs are good. This year, several fun new shows debuted. Here are the best new kids’ shows of 2013.

These days, kids are inundated with potential sources of anxiety and fear. Henry Hugglemonster, a sweet show on Disney Junior, helps kids overcome their fear of monsters. It’s a simple message that really resonates with the preschool set. The bright colors and unique character designs are an interesting shift from the usual animals and child characters.

In the grand tradition of shows like Spongebob Squarepants, Sanjay and Craig has more than a little potty humor. It’s to be expected from the creator of grownup cartoon Bob’s Burgers. The thing is, this show has snappy, sharp humor and a diverse cast of characters we don’t mind older kids tuning in to watch. This is a must-see for kids who love gross jokes.

In a sea of comedies it’s great to see a show that focuses on educational standards. PBS Kids’ Peg + Cat helps preschoolers learn math skills while entertaining them with cute characters. Peg + Cat focuses on a girl who must solve problems with arithmetic. It’s excellent to see a preschool show with a young girl at the center of a math theme.

A single mom and her daughters are haunted by a single dad and his son in this sweet Nickelodeon show geared toward older kids and tweens. If you’re looking for single parents represented on screen, The Haunted Hathaways will make you smile with its unique take on a blended family. The humor might not be witty enough for parents, but tweens and older kids enjoy it.

Sabrina: Secrets of a Teenage Witch

Do you have a soft spot for the old school Sabrina the Teenage Witch? A new animated series voiced by Ashley Tisdale updates the classic show with a modern twist for younger viewers. Paranormal stories are huge right now, and Sabrina: Secrets of a Teenage Witch is right on trend featuring a young woman who must travel between worlds while navigating high school.

Look back at classic kids’ shows >>

Tween-favorite shows Victorious and iCarly have spawned a new spinoff, Sam & Cat. The ever-popular babysitting theme works well in this fun Nickelodeon comedy. There’s nothing groundbreaking here, but the fact that Sam & Cat embraces tween television tropes so readily makes it a solid show for older kids to wind down with.

The creator of The Powerpuff Girls brings kids Wander Over Yonder, a new cartoon about an alien named Wander with an extraordinarily positive attitude. The voice of Wander is 30 Rock’s Jack McBrayer, who brings his childlike humor to the character. It’s a strange but sweet cartoon that’s just funny enough to keep parents chortling when it’s on in the background — which is more than we can say for many kid shows.

9 Yoga poses your kids will love
Bookboard: Instant books for kids on your iPad
Learn and play with homemade instruments

23 hrs ago
by Sabrina Rojas Weiss