“You were amazing! Is that one of your favorite songs?” Adam Richman, multi-talented TV host, producer, author, man-about-town, foodie and now extraordinary and versatile guest host of the 2013 McCarton Foundation’s Genius of Autism (GOA) awards, asked the 8-year-old who musically opened the show. 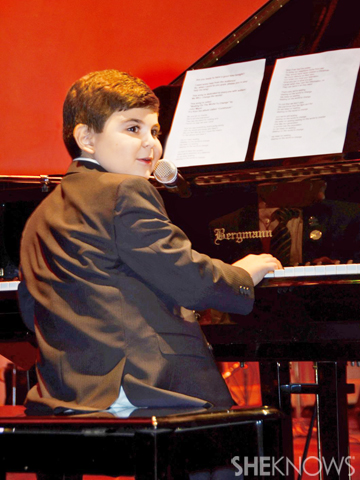 “Yes!” came the enthusiastic reply. Mr. Richman pressed his luck with the follow-up question, “Are you aware that you just blew everyone’s mind?” The jubilant and completely self-aware-though-less-than-humble reply was, “Yeah, everyone!”

So goes just another “typical” Monday evening in the life of my son Ethan. Now in its third year, GOA honored Ethan — the youngest, and two-time recipient — along with nine of his peers. Dr. Cecelia McCarton, founder and CEO of The McCarton Center for Developmental Pediatrics (1998), The McCarton School (2002) and The McCarton Foundation for Developmental Disabilities (2002), is the de facto patron saint for thousands of families in need of accurate diagnosis and treatment options. She was the first to celebrate the incredible abilities and differences of children on the spectrum.

Where others see limitation, Dr. McCarton and her foundation see potential. Dr. McCarton diagnosed Ethan at age 2 — we never imagined that Ethan would eventually become a “Genius of Autism.” Life is funny sometimes. 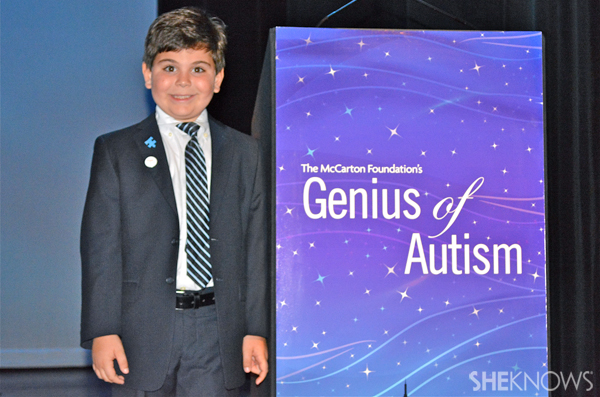 Through paint and pen, piano and poetry, voice and violin, all 10 Genius honorees — Amanda Lamunyon, Amoake Buachie, Ethan Walmark, Jodi DiPiazza, Justin Canha, Matt Savage, Michael Korins, Mitchell Yeoh, Oscar Azmitia and Talina Toscano — dispelled any and all doubt about what it means to be a genius, period. The true essence and energy of GOA was illuminated by the evening’s first and last song selections — John Mayer’s “Waiting on the World to Change” and Queen’s “We are the Champions.” Both songs were written for other purposes, but the lyrics and symbolism of both are prophetic and perfectly suited for the autism and special needs communities.

As if the evening wasn’t already emotional, Ethan dedicated his solo opening number,  “This song is dedicated to everyone with autism! We will change the world.” And he is absolutely right. People with autism and their families are misunderstood. We can’t afford to wait for the world to change — we must be the change. We must be understood. We have to rise above and beat it — and make sure the fight is fair.

Fighting until the end 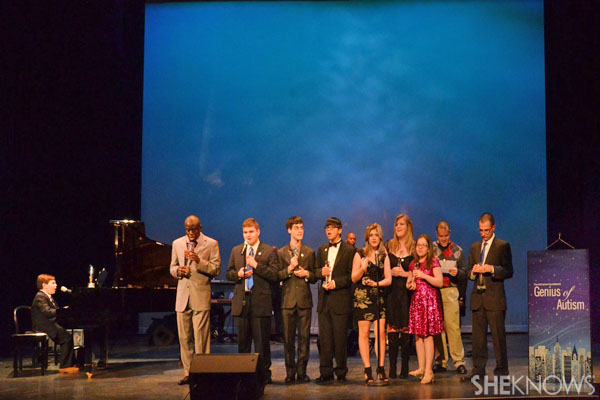 After one remarkable performance after another, the show closed with Ethan alone on stage performing “We are the Champions.” At the start of the first chorus, each awardee — crystal award in hand — walked onstage to accompany him in song. To understand the definition of a true champion, one need look no further than the stage at that moment. That evening on the stage stood 10 talented people who paid their dues, who had (proverbial) sand kicked in their face, whose lives have been no bed of roses and who ain’t gonna lose. And yet, they — on behalf of and as a part of the 1-in-50 school-aged children diagnosed with autism — keep fighting until the end.

Let those 10 individuals serve as a reminder that there are tens of thousands of other people with autism, not present in flesh, but present in spirit. They are the real champions of the world, and that is genius of autism.

To make a donation to The McCarton Foundation or the Genius of Autism, visit geniusofautism.org. View Ethan’s videos on YouTube.

Best iPad apps for children with autism
Your child has autism: Now what?
I notice… you don’t have autism