When I was young and my imagination was still intact, some my favorite things to do were things that didn’t involve many toys. I remember putting on skits, making up dances and dressing up with my sister and with friends. 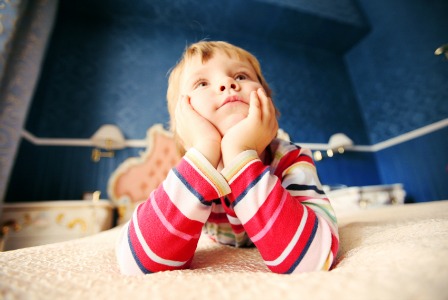 I had rooms filled with toys that I probably played with once and then they sat in a closet — to my parent’s dismay. Though there was plenty to do and even a sibling to play with, I threw around the term, “I’m bored,” a good bit.

In fact, I remember my grandmother protesting, “How can you be bored?” she’d say. “Look at all these toys you have! Play with each other!”

The generation of stuff, stuff and more stuff

Kids who grew up decades before us, who had one toy doll or a one set of blocks to play with didn’t complain of being bored this way. I wasn’t there but I can pretty much guarantee it. They would’ve been given a serious eye roll from Mom and probably put to the task of making dinner. But then the ’80s hit. It was the generation of stuff. Christmas meant dozens of presents and things like TVs, video games and other electronics were now items of choice. “We will never be bored again!” we all thought. And our parents rejoiced. “We’ll never have to hear ‘I’m bored’ again!” How wrong we all were.

These days, the stuff has gone to a whole new level. Playrooms are stacked wall-to-wall with endless amounts of toys — not to mention electronics — that parents hope will entertain their children. Kids have so much more at their disposal, yet those same parents now hear the expression, “I’m bored!” more than ever before. Parents also take on the role of providing entertainment to their children much more than in past generations. While I’m not saying it’s a good thing that kids were once not seen or heard and generally ignored by adults, it did create minds that weren’t dependent on people or things for entertainment. It created explorers, entrepreneurs and great discovers.

Can you remember when kids had time to be bored? >>

The importance of independent play

It seems to me that boredom is not about how many toys a person has or how well-entertained parents try to keep kids. If a child doesn’t learn how to experiment and play on their own, they will have a difficult time keeping themselves occupied and will eventually turn to the parents to entertain them (no matter how packed their playroom is). Boredom isn’t a lack of something to do. As my grandmother so wisely said, “There is always something to do.” It is just code for kids not wanting to, or maybe not knowing how to entertain themselves. And that’s why it’s so important that they learn.

Letting kids have time to themselves — rather than entertaining them every second of every day either with things or with our own energy — allows them to develop their imaginations and learn to entertain themselves. Also, contrary to popular belief that only children might be lonely, studies show that kids who spend a lot of time alone develop a strong independent streak and actually are less lonely as adults than people who are always surrounded by others.

Time to be creative

Freedom to develop their own interests by spending time alone, or at least unentertained, can become a powerful asset to a child, especially when learned at a young age. Learning to use their imaginations and provide themselves with entertainment will help ensure they are lifelong learners. It will also help kids to establish a strong sense of self by learning who they are first, without all the outside noise. Kids who are allowed to be bored sometimes have no choice but to become interested in what can be discovered with just a little effort, rather than expecting the fun to come to them.

Unfortunately, many kids these days can’t so much as enjoy a quiet car ride without something to stimulate them, such as a cell phone game or backseat DVD player. But I say, let your kids be bored! They probably won’t complain for very long. Chances are, they’ll start to tap into their own sense of play and it will be a beautiful thing.

Next time you get the urge to fill the shopping cart with a bunch of new toys in hopes the kids will be satisfied for a few afternoons, I would advise you not to. Maybe it won’t be today, maybe it won’t be tomorrow, but your kids will thank you for making space for them to find out who they can become.

56 mins ago
by Kristi Pahr