A Missouri mother faces charges because she showed up to jury duty with her infant son in tow. The reason? She breastfeeds him, he doesn’t take a bottle and she doesn’t have anyone to watch him even if he did. 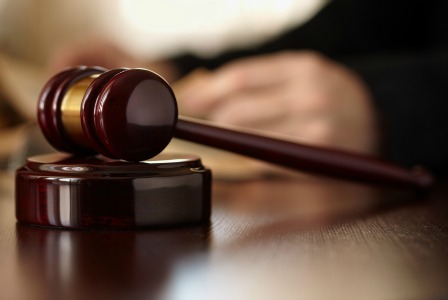 Is the judge right to find her in contempt of court, or should nursing moms be excused from jury duty?

In Missouri, if you’re a breastfeeding mom and you get summoned for jury duty, there is no law exempting you like there is in other states. If the jury administrator’s office doesn’t excuse or defer you, you have to show up — or risk being in contempt of court. A Missouri state senator is pressing ahead with a law that would change that, but it’s not soon enough for Laura Trickle, who was unable to find a babysitter for her young son (who is breastfed) when she was summoned for jury duty. So when she showed up on Sept. 3, along with her little boy, the judge found her actions inexcusable and she will have to go to court to try to explain her case.

If Trickle lived across the state line in Kansas, this would be a non-issue — Kansas, along with 11 other states, has a law that exempts breastfeeding mothers from jury duty. Judges in Missouri can excuse jurors using their own discretion, but Jackson County Presiding Judge Marco Roldan said that she needs to fulfill her duty and report as required by law — and not with her baby by her side.

Missouri state senator Rob Schaff has proposed a new law that allows exemption from jury duty for breastfeeding moms, but as it hasn’t been written into law yet, Trickle is at the mercy of Judge Roldan. He said she has two options — get childcare for the time she’s at the courthouse (which would require pumping breast milk), or have a babysitter watch him in the same location so she can nurse him on breaks.

Unfortunately, neither of these are an option for Trickle or baby Axel. As with many breastfed babies, he doesn’t take a bottle, and she has no one available to watch him during the selection process (or in the event that she would be chosen as a juror).

This incident has resulted in moms feeling anger and outrage for Trickle’s plight. Many moms we spoke with felt that breastfeeding mothers should be exempt because of the exact issues Trickle is dealing with — separating a mother and her nursing baby is a bad idea because breastfed babies often don’t take a bottle, and moms don’t always have the ability to arrange for childcare even if they do.

Mandating that a mother disrupt or abandon her breastfeeding goals is unfair to both her and her child, and can seriously affect the baby’s health and wellness if bottle feeding hasn’t been established. It’s felt that it is also wrong to expect a mother to try to bottle feed a baby so she can fulfill her jury duty summons, which can easily be deferred until later.

We polled moms in Missouri to see what their experiences were regarding jury duty and breastfeeding, and they reported several different scenarios. It seems to be up to the local area if they will let you defer service or not — some moms found it easy, and others did not. “I was called for jury duty twice while breastfeeding Michael,” shared Aubrey, mom of two. “They were not nice about it. They told me they would call back in six months. I said that he would likely still be nursing. She told me that she would call. She did not have a nice tone and was rude. Another gal called six months later. I said I was still nursing. She said she would just write it down and I wouldn’t have any more issues. Six months later (a year after the first summons) a different gal called and accused me of trying to get out of jury duty. She said she was sending the summons and I had to do it.”

Star is a mom of five and has quite a bit of experience. “I have been called four times while breastfeeding and had them postpone it each time,” she explained. “This last time luckily my number wasn’t called so I didn’t have to report.”

It’s a good idea for all parents of young children to familiarize themselves with their state laws regarding jury duty — many states will exempt a stay-at-home parent of a child under kindergarten age, for example, regardless of breastfeeding status. The bottom line is that those who want to defer their jury duty when they are breastfeeding do so in order to protect their own families until a time comes when they are able to serve.

If you’re in the Kansas City area, a peaceful protest has been planned for Oct. 24 at the Jackson County Courthouse in Kansas City, Missouri, so check it out if you can.