Parenthood is a tricky business. It’s the best job in the world, but it’s also the hardest. Each milestone and birthday that our child passes inches us closer to the finish line — a young adult. But our job is never really over… and as we look back, at times we feel regret. 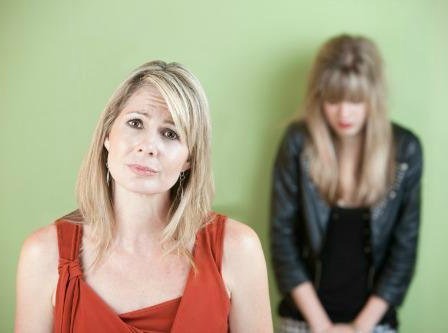 The thing about parenting is that you can never go back. Each day is another chance to do it right — or at least do it better than yesterday. We’re all in this together, so why not learn from each other? We asked some of our favorite moms what they regret as parents.

Sometimes we see things in our own children that nobody else does — whether good or bad.

“Sometimes I see my ex in my kid, and it makes me crazy,” shares Karen, a divorced mother of one, about her daughter. “I have to remind myself that they are two entirely separate people and that therefore, it is not a given that she will grow up with his same lack of morals and ethics.”

Being able to look at your children and see past your own shortcomings (or your spouse’s) can be hard, especially as they get older. Another mom we spoke with finds that she nags her children about personal habits they have that mirror her own.

“I have always been painfully aware that my kids carry my genes, both good and bad. When I see them procrastinating, I am probably harder on them because I hate that I have that tendency,” she shares.

Karen Irving, writer at After the Kids Leave and mother of two, wrote recently about her biggest regrets as a parent.

“It’s this: I believed my kids’ teachers over my kids,” she wrote. “And not just once — I did it twice, one for each child. And this, despite my deeply ingrained belief that my children and I knew best what was good for them, and that we should question authority and not just willingly go along with any goofy idea the boss cooked up,” she added.

In both cases, the teachers really didn’t know best. In the end, Irving made choices based on her kids’ needs and wishes — and they thrived.

From the very first spoonful of rice cereal to the extra-large pepperoni pizzas of the teenage years, moms tend to focus a lot of their time and energy on what their kids are eating. Looking back at the time when her kids were young, writer Stephanie Elliot regrets some of the choices she made regarding their eating habits.

“I really regret not enforcing more structure about eating when my kids were little,” she shares. “My daughter, who is 14 now, has an extremely limited diet. If I could have a do-over, I would make sure to make her like all types of food.”

Nurture their passions — or take a pass

Tori Dumitru is a writer, nurse and mother of two. Her family was very musically oriented when she was growing up.

“My dad was a music teacher for over 35 years,” she shares. “Not only could he play pretty much any instrument, he gave lessons and directed the elementary, junior high and high school bands and choirs.”

Tori herself played several musical instruments when she was growing up, but she didn’t always enjoy it. Then she became a parent herself, and the tables were turned.

“Rowan, our 8-year-old, loves piano. He loves music. We had a piano teacher teach him for four months while he was 4 to 5 years old for homeschool. He loved it!”

But Tori remembers that the chore of getting him to practice at that young age led them to take a break, promising to start lessons when he was older.

“Um, he’s 8 now,” she admits. “He hasn’t taken another lesson since. What am I doing? He wants to do it. I want him to do it. And yet, here I sit not wanting to sign up again for fear of having another thing to grind him about (practicing). So my major regret is that I’m not investing in his musical abilities,” she shares.

“We invest in a lot of other things for him, but that’s been on the back burner. My dad says not to worry and that he’s still a little young, but my gut instinct says, ‘Get on it, girl!'”

“When my girls were preschoolers, I got so angry a few times that I exploded with shouting,” remembers Barbara Younger.

“I’ve always regretted it. (This was major shouting.) I’ve had a hard time forgiving myself for getting angry at children who were acting like children. If I could go back in time and change it, I would,” she adds.

Sometimes we regret simple decisions that made sense at the time but burn you later. Writer and mother of three Galit Breen has two simple regrets that tug at her heartstrings.

“I have two nostalgic ones,” she shares. “One is giving away the rocking chair I used with all three kids (OMG, why did I do that?!), and the second is not filling out baby books. Ouch.”

“I regret not recognizing my son’s depression sooner,” shares Debbie, a mother of two. “I kept rationalizing it away, thinking it must be teenage hormones or just ‘regular stuff’ that teens deal with. But he needed help, and eventually it came to a head,” she shares. “Had I realized sooner that he needed help, his teenage years might have been different for him.”

“When my kids were little, I worked really hard to get them on a sleep schedule,” remembers writer Jessica Watson. “Having three under the age of 2 made it a necessity, and people envied my great sleepers. Somewhere around the time they started switching to toddler beds, my energy for keeping up their schedule dwindled. And now? Well, let’s just say no one would envy the bedtime schedule (or lack thereof) around here,” she adds.

Alexandra Rosas, a writer and mother of three boys, wishes she could have slowed down her oldest son’s childhood just a bit.

“I wish I would have trusted my gut and shut my ears to everyone telling me what to do as my little guy grew up,” she admits. “The rush for independence — I could have eased into it. What is America thinking? Making them zip/button/lace before they’re ready? They’ll do it. They won’t be 18 and still coming to you for help… they’ll do it,” she adds.

She feels that the time we are given to help them is a narrow window that shouldn’t be closed too early.

“America is too quick to rush out the door of adulthood. How I wish I would have not listened to the moms at diaper club saying, ‘Let him do for himself.'”

Or let go… just a bit

Lisa G. Froman’s son is 28 years old now, but she can clearly remember what life was like with him when he was little.

“If I could do things differently, I wouldn’t have overwhelmed my son with love (and fear),” she shares. “My love for him was so undiluted… I used to say that when he took a breath, I exhaled. I guess that’s a polite or poetic way of saying I smothered him a bit,” she says.

She admits to worrying over him too much, too.

“If I could go back in time, I would have worried less, given him more space and laughed a lot more.”

Froman says that her son did attend an out-of-state college because she knew it would be best for him.

“One regret that stands out is not having my kids go to sleep-away camp or other summer programs where they spend time away from home more than once,” she remembers. “I imagine having that experience makes going away to college a little easier.”

While it may seem difficult to let them go to camp or sleepovers at a friend’s house, you are giving them the tools they need to eventually live apart from you — no matter how hard that is to imagine.

What is your biggest parenting regret?

Comebacks to unsolicited parenting advice
Are you emotionally neglecting your kids?
How to set boundaries with the neighborhood kids

6 hrs ago
by Sarah Showfety