What was on the minds and Twitter feeds of our favorite celebrity moms this week? Soleil Moon Frye shares the gender of baby number three, while new mom Kim Kardashian is back at her old tricks, sharing (slightly obnoxious) photos of her famous backside. Ivanka Trump and Fergie tweet and share photos of their adorable baby boys. 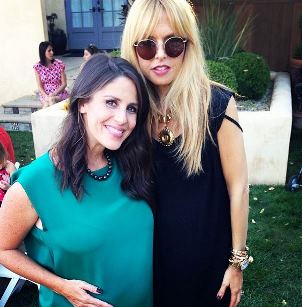 “Me and my beautiful girl @rachelzoe I love this lady! #partystarted,” tweeted pregnant Soleil Moon Frye, who posted this picture on Instagram with Rachel Zoe, who also happens to be pregnant.

Frye has her hands full at the moment! In addition to being pregnant with her third child, she also is promoting her new book, Let’s Get This Party Started! and she is also hosting the new show Home Made Simple on Oprah Winfrey’s OWN network.

In fact, the actress, who has two daughters (5-year-old Jagger Joseph Blue and 8-year-old Poet Sienna Rose), revealed the gender of baby number three on The View!

“West coast tune into to the @theviewtv for my big announcement!!” she tweeted, followed next by the announcement she re-tweeted via People:

“It’ll be a BOY come February for Soleil @Moonfrye!”

She said that she always thought she would have a third girl so she was “shocked” to find out she is having a boy. “I can’t imagine a penis growing inside of me,” she joked to The View. 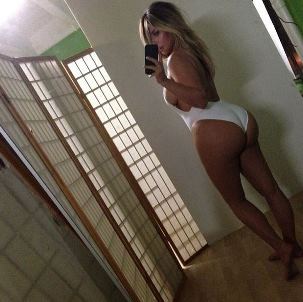 “#NoFilter” tweeted new mom Kim Kardashian, linking to this racy photo she posted on Instagram of her baring her favorite assets and side boob in a skimpy white swimsuit.

Kardashian, who gave birth to daughter North West this summer, is clearly anxious to show off her post-baby body, which she said she achieved through following the Atkins diet.

Kanye West was clearly a fan of her selfie, as he re-tweeted it and wrote, in all caps, “HEADING HOME NOW.”

We guess all the talk about “privacy” and “being less open” was just talk.

Those two need to get a room. 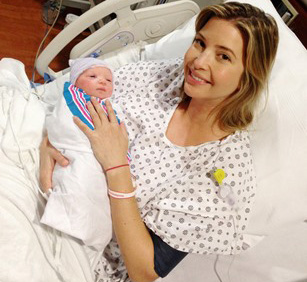 “We just welcomed a beautiful & healthy son into the world. Jared, Arabella and I couldn’t be happier!” tweeted Ivanka Trump.

“With love we welcome our son, Joseph Frederick Kushner,” she later wrote, sharing this beautiful photo of her holding her newborn son in the hospital.

Trump looks gorgeous and fresh-faced — and we can’t help but be envious of her perfect skin.

“Arabella is such a proud big sister,” she later wrote.

“It is amazing how productive one can be while a baby sleeps… If only I could sleep!” Trump later wrote. 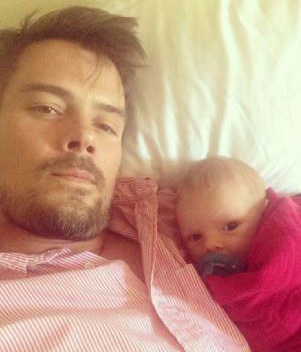 “Gonna catch some football with my little guy today” tweeted Josh (and re-tweeted by Fergie), as he shared this adorable photo of father and son.

“I’d prefer a nice bottle of milk” the new dad later wrote, sharing yet another adorable photo of Axl.

Fergie is also getting in on the fun of sharing baby selfies, as she shared a photo of Axl in a Sons of Anarchy beanie.

2 hrs ago
by Debbie Feit