Baby’s birth day is always a miracle, but moms who birth holiday babies have extra special stories to share. 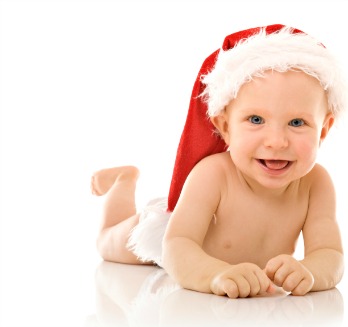 A big reason to celebrate

Sharing the miracle of holiday birth

Baby’s birth day is always a miracle, but moms who birth holiday babies have extra special stories to share.

There’s always a lot going on for the holidays — and for some moms it includes giving birth! Meet three moms who welcomed their bundles of joy on Thanksgiving, Christmas Eve and during Hanukkah.

I had the honor of being Kate’s doula, so I want to preface her holiday birth story with a tiny one of my own. The day before Thanksgiving, as I was parking my car at the grocery store to finish shopping for the meal, my cell phone rang. Kate called to tell me she was in labor. It was a week or so before her due date, but her baby had other plans!

Kate says, “I had the first signs of labor about 11 p.m. on Tuesday night. Things progressed pretty slowly but by 3 a.m. it was clear my husband wasn’t leaving on his 6 a.m. flight Wednesday morning. We were home most of the day Wednesday and finally went to the hospital sometime on Wednesday evening — I can’t remember when! We called our fabulous doula and she met us at the hospital. I was having a hard time relaxing during (and between!) contractions and it was great to have someone there to run and get ice chips while my husband stayed or to rub my back while he held my hand.

“When I first got pregnant I thought I’d want as few people around me as possible but in the end, having a team really made a big difference for me. When I wasn’t in the mood to listen to my husband’s advice, my doula often framed the same advice a different way (fewer Vince Lombardi-type sports metaphors and references to Michael Jordan quips) and I was able to hear it a little bit at least. I have a medical condition that precludes the use of an epidural and no matter how many times I asked or how many bargains I tried to strike with the medical staff, they were pretty set on that. Twenty-four hours into my labor, I was willing to sign any waiver they wanted to give me drugs, but the answer was always no!”

“Things finally progressed and after 28 hours of labor, our daughter was born — perfectly healthy. I was a little bruised and tired but otherwise fine. I had even managed to grab a few little naps during labor, unlike my poor husband who had been up for 28 straight hours without even a cat nap! Because our daughter was born on Thanksgiving in the early hours of the morning, my in-laws really wanted to bring us Thanksgiving dinner. By the time I woke up from napping midday I was definitely ready for it. We were really lucky that our hospital had great food (no, really), but nothing beats a homemade meal — especially on a holiday. They were really sensitive to us getting sleep so they arrived with a bag of containers of all the parts of Thanksgiving dinner and only stayed a few minutes. In the end, it really was nice to see a familiar face or two and it gave comfort food a whole new meaning!”

Evy had a high-risk pregnancy, and her baby was breech, so her doctor scheduled a C-section. 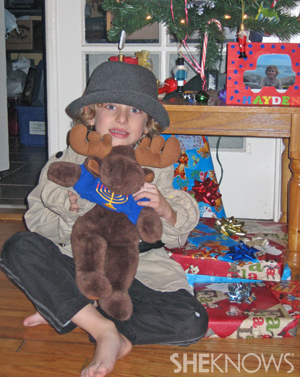 Evy says, “39 weeks landed on Dec. 27 which was during Chanukah that year. No labor, so we went to the hospital as scheduled. We were in Atlanta, it was in the 70s and sunny, no traffic because it was two days after Christmas. My husband and I had the most uneventful trip to the hospital you can imagine and spent the whole way trying to come up with a better story to tell our son. One thing I can tell you about having a baby between Christmas and New Year’s is that the OR is packed with C-section mommies — think tax deduction. I was in the hospital for four days which meant we went home on New Year’s Eve. This holiday gave us the added bonus of free parking! When we got home, since it was still Chanukah, we took a picture of our son with a stuffed animal we have. He’s a moose with a menorah sweater named Jesus the Chanukah Moose (it rhymes). We take a picture with them together every year. We had the earliest New Year’s Eve ever, but here in the south people shoot their guns off at midnight on New Year’s, so that was interesting on your first night alone with a new baby. To be honest, it didn’t feel like a holiday there in the hospital, and we celebrate Chanukah more now that we have a child, and we always tell him that he was born on Chanukah. I think it makes the holiday that much more special for him.” 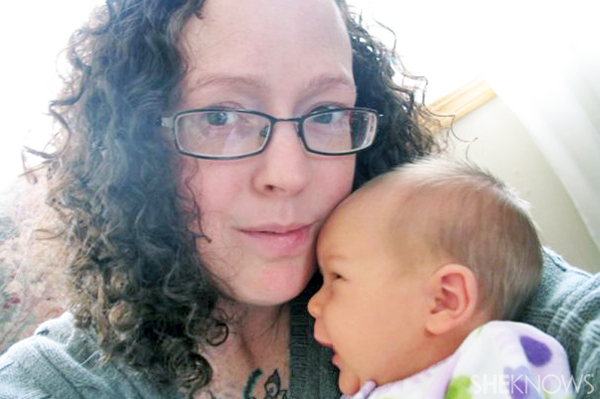 Monica had been contracting for a few days during Christmas week, so she expected to be in labor. In addition to her baby, a huge winter storm was also on the way.

She says, “We had known about the impending major winter storm all week, and I had thought to myself, ‘How ironic would it be if I went into labor while that was going on? That morning, after we called {my husband’s} mother and I sat around trying to decide whether I should go in, it began to rain. By the time I made my decision at around 10 a.m., it was coming down steadily. The ride to our hospital is a short one, and we got there and I was checked in quickly. The nurse who assessed me told me that I was dilated to four centimeters. As per usual, they left me on my own for an hour or so to ‘see what happened,’ to see if I was really in labor and to qualify for admittance. She came back in, and I was dilated to 5 centimeters. She actually, seriously, seriously talked about sending me home. Home. Sending a fourth-time mother, 5-centimeters dilated, back out into a major winter storm. I almost cried. Fortunately, the OB on call came in, said I was 5 ½ centimeters, looked over my chart, saw my history of short labors (my last was less than 6 hours) and said, ‘You’re staying.’ If they had sent me home, I would have just waited in the waiting room by that point. The freezing rain had begun and I heard from my parents that family members were unable to leave their house for the Christmas Eve celebration because the roads were too slick.”

Later that afternoon, her fourth baby was born.

“Having a baby, during a major snowstorm, on Christmas Eve, was simply amazing,” Monica says. “Having a baby is magical anyway, but there was something special about the holiday and the snow and the excitement. Our hospital stay was very peaceful. The halls were empty because, after 10-plus inches of snow on Christmas Eve, nobody could get out of their driveway. We had very few visitors — just siblings, grandmas and grandpas. It was absolutely lovely, and she was the best Christmas present ever.”

More about pregnancy and birth