Jim Bob and Michelle Duggar, the famous family behind the popular TLC reality show 19 Kids and Counting, have reported that they are hoping for child number 20. Are they out of their minds, or should we keep our judgment to ourselves?

Famous family hoping for another baby

Jim Bob and Michelle Duggar, the famous family behind the popular TLC reality show 19 Kids and Counting, have reported that they are hoping for child number 20. Are they out of their minds, or should we keep our judgment to ourselves? 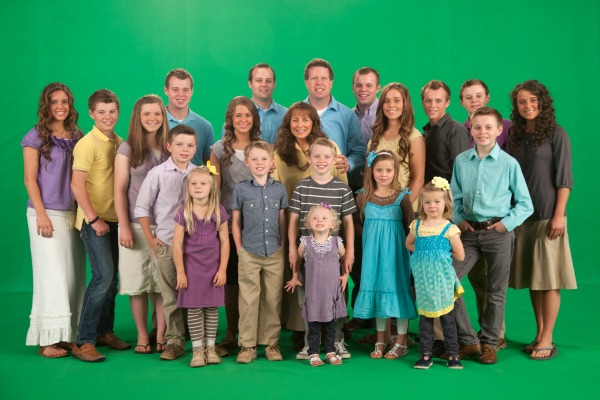 If you have a child, you know how much work goes into taking care of them and raising them to be good human beings. If you have more than one child, you know that it’s even more work. Can you imagine having 10 children, 15… even 19? Jim Bob and Michelle Duggar, who are both in their late forties, can definitely imagine it, because they have 19 children. And they have recently announced that they would like to add a twentieth child to the bunch. Are they crazy, or should they be able to have more kids without our judgment?

Risks of a possible pregnancy

Having a baby at age 47, and having gone through so many pregnancies, are the main concerns a mama like Michelle might have. We were able to speak to Dr. Daniel Roshan, who is a board-certified maternal fetal medicine specialist and high-risk obstetrician in Manhattan, New York, to find out what Michelle would experience if she were to conceive again. He said that age does play a part in pregnancy health as a woman grows older, and that would lead to her main risks if she does conceive again. “As the age goes, up, the chance of getting pregnant per cycle goes down,” he explained. “And the risk of miscarriage and non-separation of chromosomes also goes up.”

The many pregnancies she has experienced aren’t much of an issue, he said. “As long as she is healthy, she should be OK,” he told us. “She will need to have a bone density check, since pregnancy increases the risk of osteoporosis. I take care of many Jewish orthodox women whom have multiple children. I had one patient who had 21 children and I think the record is 23 children from one mother.”

He said genetic testing is an option for all mothers, particularly older moms who have more of a risk of having babies with chromosomal abnormalities. He said for a mom like Michelle, nutrition and supplementation is important, too. “Offering genetic testing to check fetal karyotype is also essential,” he shared. “Obviously it’s by choice, but there are many options available invasive and noninvasive to check fetal karyotype.”

Not a good idea

Many of the moms we talked to felt that the famous couple was not making a good choice by trying to have another baby. To say that Michelle’s last two pregnancies weren’t ideal is an understatement — Josie was born early via emergency C-section and weighed only 1 pound, 6 ounces at birth. Michelle also suffered a second-trimester miscarriage in 2011 when she lost a baby she named Jubilee at 16 weeks.

“I think with a 1 pounder and a second trimester loss, I wouldn’t even think about it, especially based on the fact that she is close to 50,” said Brigetta, mom of three.

Becky, mom of three, felt the same. “Why should we mind our own business when they publicize their acts?” she asked. “I think she’s crazy. She needs to be healthy and take of the children she already has and start enjoying her grandchildren, too.” Charlene echoed her sentiments. “I think they’re selfish,” she explained. “Her last two pregnancies have been a very premature baby and a late miscarriage. To do this again is selfish to everyone involved.”

Leave it up to them

Other moms felt that the Duggars are awesome, or that what they do doesn’t deserve judgment from those who aren’t close to them. “I’m a huge fan of that family,” shared Heather T., mom of three. “I love that they’re in a position to have so many kids and to be able to put their fertility ‘in God’s hands.’ I would cheer her on if she chose to have a 20th — however, I would worry for her health.”

Heather D., mom of two, also brought up an excellent point. “I personally, would not want to take the risk,” she explained. “But Halle Berry just had a baby at 47 and no one seems to think that’s irresponsible. I think if Michelle is healthy, and is capable of conceiving and carrying, only her doctor can judge that. It’s none of my business.”

Michelle has said that she is in good health, exercises and eats healthy, so she feels that another pregnancy won’t be too hard on her. It will be interesting to see how this story unfolds as the months go by. It’s almost guaranteed that everyone will have an opinion, one way or another — and we admit, we’re curious as to what “J” name they will come up with next.

More on conception and pregnancy

Get tested for infertility before TTC?
TTC with an irregular cycle
Keeping baby-making sex fun